The Tennessee defensive line will have its hands full on Saturday against the Gators, but after the last three games, the DL is starting to find a groove. If you would’ve asked me before the season started which side of the ball I thought would have the most success, I probably wouldn’t have pointed to the defensive line. But this group is finally starting to build depth, thanks to position coach Rodney Garner.

Garner is no stranger to the SEC, having spent most of his career in the conference. But when he accepted the Tennessee job, he walked into a room that lacked consistent leadership and monsters. I say the team has lacked “monsters” lately because this group hasn’t had that go-to guy, the one player you can count on to make a stop when needed or to push the opposing offensive line backwards consistently. Garner is trying to change that.

“Obviously to play at a high level in this league, you have to have depth. The one thing about big men, if you ever let them get out of gas, there’s no refueling them in the game. It’s over. So you might as well get ready for the next week. Our plan is to try to keep those guys from running out of gas, so we can play the 4th quarter like we played the 1st quarter.”

Ever since he arrived in Knoxville, it’s been the Garner way or the highway. Players either buy into his system or find somewhere else to play football. Now that we are three games into the season, we have started to see guys believe in the system.

I am not saying they have multiple All-SEC type linemen, but this look like a blue collar type group, full of grit and hunger and ready to get their hands dirty. There are multiple players who leading by example, including Matthew Butler, who continues to play into the Garner system.

“Matt is a guy who comes to work everyday. He holds onto every word you say. He wants to be good. He tried to take the coaching and teaching and try to apply to it to his game and doesn’t take it personal. So many times these days today, guys take things personal when all you’re trying to do is work on things that will make them better players. He’s taken those things and gone out there and applied it,” Garner explained. 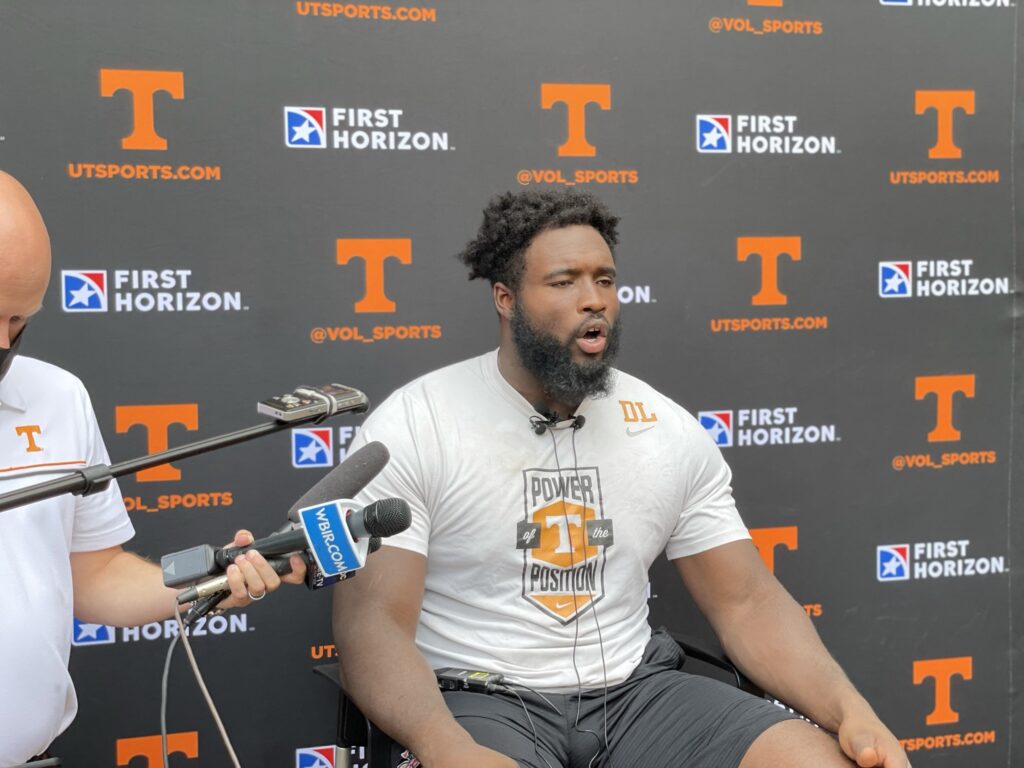 Aubrey Solomon, who started this season on the scout team, is another remarkable success story. Solomon has learned to play within the Garner system, and he even made his first game appearance against Tennessee Tech. Aubrey has worked his way back into the fold, and Rodney Garner is proud.

“Aubrey has hung in there. He’s making strides. I am proud of him for at least staying the course. Obviously, he had a long ways to go when we got here, a lot of things he needed to work on, but he perceived. We put him on the scout team and worked his way through it with a good attitude”.

Garner added, “I was proud of him, the way he went out there and got his opportunity on Saturday. He went out there and he showed up, performed and did a good job for us. So hopefully he’ll be consistent and he’ll do the things that it takes to be able to gain and earn more playing time. That’s something that’s earned, not given.”

If you’ve been around the SEC long enough, there’s a good chance you’ve heard of the way Rodney Garner coaches the game of football. You’re going to have to earn your playing time and show that you want to contribute to the team, especially at Tennessee, as Rodney implied.

“That’s my message to them everyday, they earn it. It’s not a right, it’s not a birthright. Just ’cause you came to Tennessee, there’s no guarantee you’re going to play. You have to go out there everyday. You have to work hard and earn that right.”

Garner hasn’t changed one bit, and Tennessee players will end up benefiting from it in the long run. For now, they’re trying to find ways to cause disruption on every play.

And they’re doing it the Rodney Garner way.