MLB commissioner Rob Manfred reportedly wants to make the expanded playoff format permanent. This should surprise absolutely no one as we always knew fans would embrace their favorite team having a shot every year.

A loaded AL Central no longer gives us anxiety as the expanded playoffs gets the best teams in the dance. Dumbest thing in the world watching teams hover at 90-wins to be punished in a great division. Once baseball came up with a way to give every decent team’s fanbase hope, there was no going back.

Any adjustment Manfred can make that doesn’t come at the expense of a dollar, will get done. 16-team playoff brackets are great for local markets, players, and ownership so this was a no-brainer.

2020 baseball gave Manfred a test run at plenty of rule changes for social media to chew on. Reviews on every team having a DH have been strong, but other changes should maybe stick in the regular season.

Extra inning runners on second base to start an inning is a great way to push the action, if it’s not October baseball. Saving pitchers from 17-inning games is important, but not in a tournament for all the marbles. Just some subtle adjustments we hope Manfred doesn’t screw up.

There is one problem

Expanded playoffs provide another avenue for revenue, but might that extend the power grab even further? Owners are finding new ways to build an empire that doesn’t have anything to do with an in-person fan experience. Preparing for permanent playoff expansion peaks fan interest, but could also give owners less desperation to improve where we’ve asked.

Manfred gave a quote that could be the ONLY time he’s ever seemed like a fan of the game:

“I’m a fan of the expanded playoffs. I think the initial round could have the kind of appeal you see in the early couple days in the NCAA tournament,” Manfred said.

Overall we shouldn’t be too cynical of a good thing and read too far into what they intend to do going forward. Expanded postseasons are exactly what quite a few fan bases needed to get their hearts back into the sport. Our first glimpse of the expanded playoff gets underway in a few weeks and we honestly can’t wait. 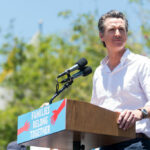 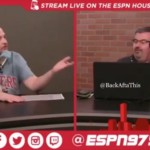