Do you enjoy letting a good fart rip? What about blasting a thunderous belch to clear the system? Those who said ‘yes’ should be aware that scientists say these two bodily functions could actually be causing depression, anxiety, and other emotional problems.

Researchers from the U.S.-backed non-profit Rome Foundation announced findings Saturday from a health study focused on gas-related symptoms. According to Gizmodo, 6,000 adults were recruited to share their experiences with bloating, abdominal intention, farting, and bad breath.

What researchers found was that letting a fart fly might not be healthy for everyone, from a mental standpoint. Yes, we all blast farts, but the research shows that there are consequences to those farts.

“They [belches, farts etc.] clearly have a negative effects [sic] on people’s physical and emotional well-being,” lead author Olafur Palsson, a clinical psychologist with the University of North Carolina Department of Medicine, told the website.

Of those surveyed, 81% said they’d ripped a fart in the past 24 hours. Those who checked ‘yes’ to farting had “worse scores on questionnaires asking about their mental health or overall quality of life,” Gizmodo reported. 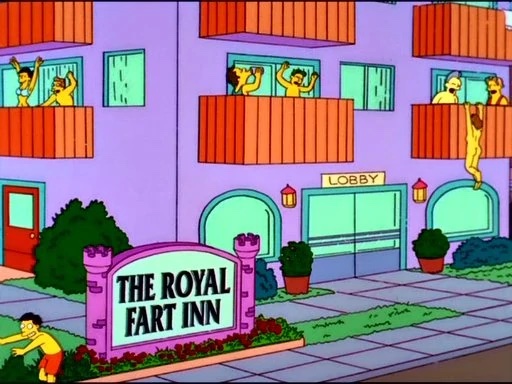 So what now for those who are experiencing depression and anxiety from farting?

“Greater understanding of the inter-relationship between the many different gas-related symptoms, such as the seven different ones we studied, and examination of what influences the overall burden of them, rather than the amount of just one or another of them, is likely to lead to improved understanding of the contributing factors, and hopefully more effective ways to reduce these highly prevalent and troublesome symptoms,” researcher Palsson said.

Women’s Health says that the normal person has .5 to 1.5 litres of gas in their digestive tracks. Health experts say men and women can rip farts up to 20 times per day and still be considered “normal,” Kyle Staller, M.D. tells the website.

As is typically the case, with subjects like drinking a glass of wine for your health, there are also studies that show farting and belching are healthy. In a 2016 report by Russian scientists, they found that farts may act as “gasotransmitters that affect your brain, mind, and behavior.”

While science can’t agree on this subject, it’s probably best to moderate ripping farts. You don’t want to be constantly blasting at work and risking upsetting your pod-mates. But you don’t want to hold in that gas and then sit there all uncomfortable.

The key seems to be finding that fart balancing act. Keep your depression in check and keep your gut healthy at the same time.