Tampa – There weren’t a lot of people who thought Tennessee would win the SEC Tournament this year. But inside the locker room, their mental toughness never wavered.

I’ve talked lot about how this team went on to find success after a humbling loss to Kentucky earlier this season. What folks probably don’t know is how their focus actually started after the loss to Oregon State in the NCAA Tournament last season.

At the time, Rick Barnes remembered an article he had read about the leadership of Michael Jordan. The article discussed how Jordan had to stop worrying about the outside noise and start worrying about being a leader. He had to step up and do what he needed to do to find success.

Tennessee was in a similar spot after the Beavers bounced them from the Tournament last March. After the Vols returned to Knoxville, Rick Barnes posted the article on the wall. He knew he had to get more out of Santiago Vescovi and Josiah-Jordan James if they were going to be successful.

“I think it started a year ago when we had lost. We came back, and I remember an article I read about Michael Jordan talking about leadership, and I actually said to them, ‘I don’t think we can go any further unless it comes from you guys.’ From that day, Josiah, Santi, those two guys in particular, I think, not only because — when they were out with injuries, their involvement, it was incredible, the leadership, where it changed.

“We said for us to move forward, we’re going to have to have great leadership. Because we’ve always been a team that practiced hard and done all those type things, but in the game and watching these guys take over and talk, communicate, it’s been fun. But that’s where it started a year ago with them deciding that, hey, the leadership had to really come from within, and we’ve gotten it.” 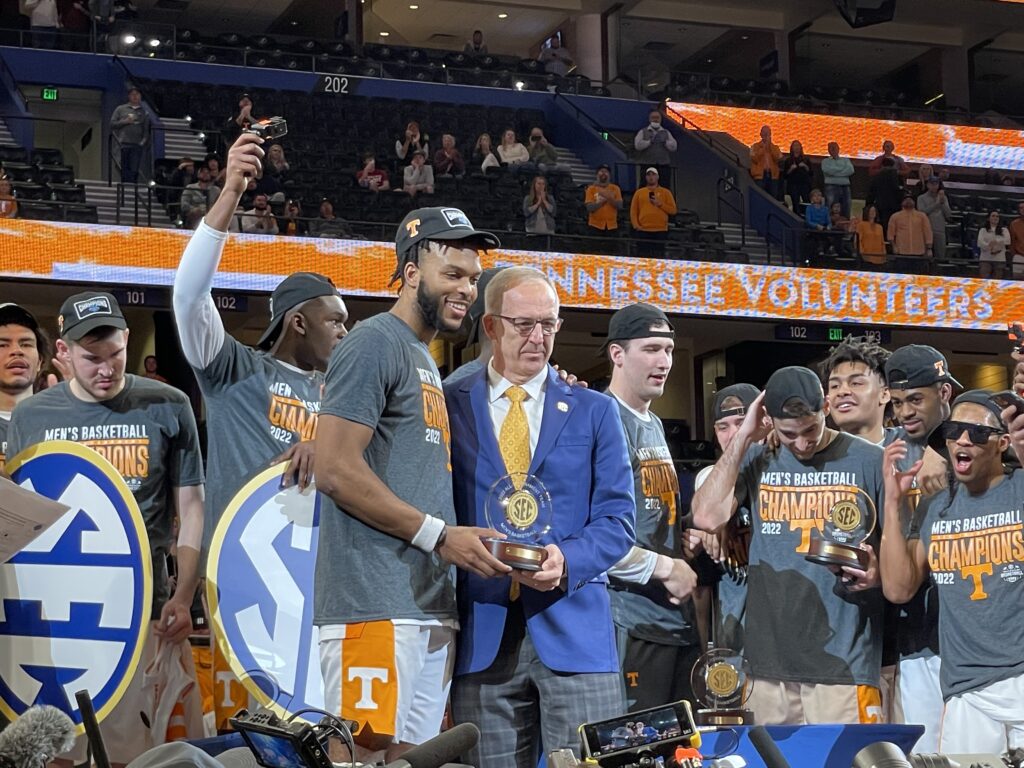 Josiah-Jordan James remembers that tough journey back from Indianapolis in March 2021, as do his teammates. They brought it back up before the season began. They knew their mentality had to change if they were going to win a championship, starting with the SEC.

“It’s very vivid. It was after Oregon State, and I remember sitting in the locker room, and it was a long passage, and that was the day we got back from wherever we were. Yeah, Indianapolis. That was the first thing when we came together as a group this year over the summer. That (article) was the first thing he put up. It was the last thing from last season, and the first thing from this season talking about leadership and how hard it is. You’re not going to be liked all the time, and how Michael Jordan led his team and what type of leader he was.”

Barnes has spoken a lot about the leadership on the team, especially James. James missed a key shot against Texas back in January, and the team lost a heartbreaker, 51-52. However, that seems to have been a turning point for him. He has since found the basket, hit some big three-point shots and become the scorer that this team needed after that miss against the Longhorns.

But even with his recent success, James never takes the credit. He always puts it back on his teammates. He has become the leader this group needs at the perfect time.

“He has had a total different focus since (the loss in Austin), but I’ve never questioned Josiah since he has been here. He came in, and think about it. He had to start out, we didn’t have a point guard. He had to play it. Santi came in. Those two guys helped us really stabilize our program when it was teetering because of who we lost. Lamonte Turner getting injured and couldn’t finish the year. Those two guys have been a dream, and any coach would want to coach them.” 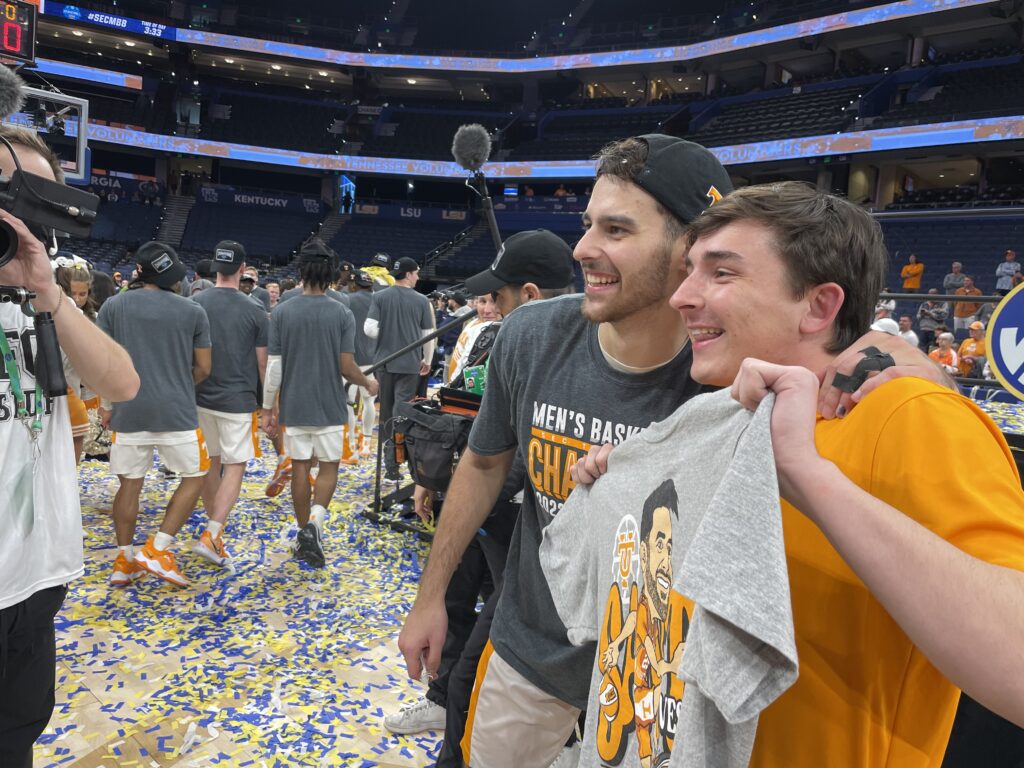 The players began buying into what Barnes was preaching and didn’t question his methods. They trusted him to know what was needed to win a championship and also to become better players and men. The way isn’t particularly easy, as Rick Barnes coaches hard, but it’s the only way to get better.

Josiah-Jordan James made it a point to say how much Barnes means to him and that he never takes a day at Tennessee for granted.

“This man right here means the world to me. I owe him my life. He took a chance on me. He gave me the opportunity to go to the University of Tennessee to be coached by him, and I never want to take it for granted. And so just to see all of our hard work, I mean, he pushes us each and every day. He never takes a day off, and so it’s just a lot of emotion came out of us, but we have to credit him because without him, we wouldn’t be here, and without him, I wouldn’t be half the player and half the man I am. So I just have so much love for him.”

There is a lot more that Tennessee can accomplish over the next month, and Josiah-Jordan James says they’re looking to cut down a few more nets. If they can continue the same type of effort over the next few weeks, anything is possible.