Robert Saleh should be the next head coach of the Detroit Lions, and that’s not really up for debate. At least, not as far as San Francisco 49ers defensive back Richard Sherman is concerned.

And if anyone is qualified to sing the praises of Saleh, it’s probably Sherman. Saleh has been the defensive coordinator of the 49ers — and Sherman’s direct supervisor — for three years.

The Lions fired coach Matt Patricia after last week’s Thanksgiving Day Massacre of a loss to the Houston Texans.

Saleh is also from Dearborn, MI, so Sherman may be on to something.

“He has to get the Detroit job,” Sherman told Albert Breer of Sports Illustrated. “Homegrown. He’s a great leader of men. And he’s not stubborn. He doesn’t just think he has all the answers. He comes up with a great plan and evolves it with his players. He’s a great human being. Makes you want to fight for him.”

The Lions could certainly use some fight. Sherman isn’t what he used to be, but there is no doubting his determination. Plus, Saleh manufactured a defense that helped carry the Niners to the Super Bowl last year.

Saleh for Lions coach? Maybe. If not, it won’t be for a lack of hearty endorsements. 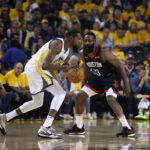 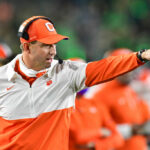