The Hustler, the official student newspaper at Vanderbilt University, is reporting that Sarah Fuller, a senior women’s soccer goalkeeper out of Wylie, Texas, “was wearing full pads and a uniform but did not take any kicks” during Vandy’s Tuesday football practice. Fuller is said to have gone “through walk-throughs with coaches and at least one specialist on the sidelines.”

“We’re working through it right now. For us, every week is getting to the practice field and about making sure that we put the best possible kicker out there,” head coach Derek Mason said Tuesday during his weekly press conference. “So we’re competing right now. Like I said, I gotta go out to practice today and see what gets done. Hopefully, I’ll have an update for you on Thursday.”

The Hustler further reports Vandy (0-7) “has many specialists in COVID-19 related quarantines.” The Commodores play at Missouri (3-3) Saturday.

It wouldn’t be a college football first for a woman to kick in a DI game — Katie Hnida from the late 1990s and early 2000s comes to mind — but it would probably be a first in the Power Five world. Vandy won the SEC women’s soccer tournament over the weekend and now Fuller’s available since the NCAA has put a hold on soccer championships until the spring.

Give Mason credit here. He’s looking for bodies, and Fuller’s coming off a 6-2 record and an SEC title. Do what you have to do to get the games in. Let’s go!

“Sarah’s an option. She seems to be a pretty good option." 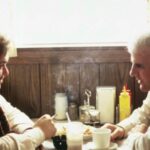