The PGA of America, which will hold the PGA Championship from August 6-9, will announce on Wednesday that the 2020 Ryder Cup is going to be postponed to 2021, per a report.

ESPN’s Bob Harig broke the news citing a source that said, “There will not be a Ryder Cup this year,” the source said. “The Ryder Cup will go to 2021, the Presidents Cup to 2022 and then they will alternate from there.”

This makes sense only for one reason, international travel.

Harig’s source re-iterated what most people with common sense already know, “There’s a lot of behind-the-scenes things that people don’t know. They have to look out for the best of each organization. I think there is way more to it than people would realize.”

It is not known, at this point, whether or not fans would be allowed to attend the 2020 Ryder Cup at Whistling Straits in September with COVID cases spiking around the country. With that in mind, the PGA of America seems to have decided that it would be more beneficial for both sides if the event were held next year. 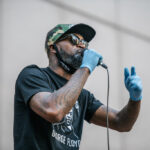 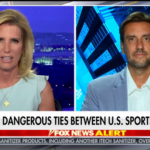