The Carolina Panthers have been on a search for a new general manager to replace Marty Hurney, but now it sounds like the search is coming to a conclusion.

CBS Sports’ Jonathan Jones reports that the Panthers are down to three final candidates, and that a decision from among them could come as early as Thursday or Friday.

Sources indicate it’s closer to a final 3 in Carolina: Ossenfort, Poles and Fitterer. Decision made by tomorrow https://t.co/IFgg17Ijwc

It was thought earlier that 49ers VP of player personnel Adam Peters was in the running, but he is reportedly no longer under consideration.

There are solid selling points to all three men.

Ossenfort has been a mainstay with the Patriots. He’s been an executive for 19 years now, 15 of them in New England.

The youngest candidate, Poles, right now has something going for him that the other two do not: he’s with the Super Bowl champion Kansas City Chiefs. He’s had a part in putting together their success, which is a selling point that only he can offer.

Finally there’s Fitterer, who has been with the Seahawks since 2001. Word is he’s worked closely with general manager John Schneider, and knowing the Seahawks organization in and out that might be a big selling point for the Panthers.

This will be a critical decision for the Panthers, one that will set them up for their future as they look to get back to the top of the NFC South. 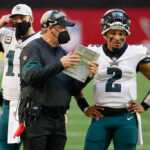 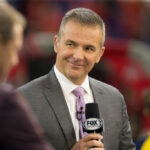