It appears that the New York Mets have someone at the top of their list for the president of baseball operations vacancy.

Who is it? Cleveland Indians general manager Mark Chernoff, per Jon Paul Moresi of MLB.com.

Chernoff has been in the Indians’ front office since 2003. He has rebuffed numerous chances to run other teams, including the Mets in 2018.

But new Mets owner Steve Cohen intends to use whatever resources are necessary to turn the franchise into a regular contender, so perhaps now his deep pockets will lure Chernoff away from the Indians. Chernoff is also from New York, which may make a deal even more attractive.

“In that way, the Mets’ current opening represents a singular opportunity: Chernoff could lead the club’s baseball operations, with the resources to win a World Series, all while moving his family closer to his New Jersey hometown,” Morosi wrote. “Chernoff’s father, Mark, works for WFAN-AM in New York City — the current Yankees and former Mets radio flagship station — as vice president of programming.”

Other names linked to the Mets include Milwaukee Brewers president David Stearns and former Chicago Cubs GM Theo Epstein, who just recently stepped down after nine seasons. However, the Brewers reportedly rejected the Mets’ overtures for Stearns, and Epstein has said he’s sitting out the 2021 season.

That leaves Chernoff, and maybe this time, he will actually become the Mets’ main baseball man. 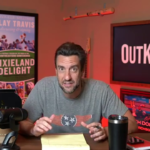 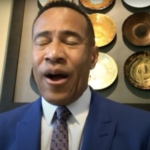