It appears an uppercut from Munguia is the one that split the lip. Slow-motion replay seems to show part of Johnson’s lip flying across the ring. It was a tough ending for Johnson who has now lost two of his last four (1-2-1). Munguia is now 36-0 with 29 knockouts.

“I want any of the 160-pound champs,” Munguia said after the fight. “Any (of them) would be great for me.” That’s exactly how you like to see an undefeated champ act after applying a Halloween mask to an opponent’s face. Who’s next? Who wants a split lip for Halloween?

As for Johnson, throw on a COVID mask and nobody will notice the stitches it took to snap his lip back into place. Rough night. Shake it off.

This @jaimemunguia15 uppercut led to the cut that awarded him the KO. pic.twitter.com/Ccczz7P2Ru

This fight is stopped after 6 rounds due to a cut on Tuerano Johnson's lip.#MunguiaJohnson pic.twitter.com/wHu6SIIJnn

This one stopped the fight, in brutal fashion. pic.twitter.com/eRKe4drccv

And the fight is thankfully stopped after Tureano Johnson suffered one of the most gruesome cuts you’ll ever see #MunguiaJohnson pic.twitter.com/PLmYe0Yo4X 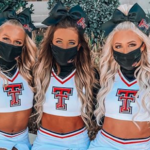 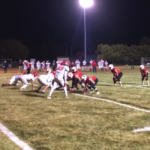