In Cobra Kai, the top show on Netflix, we jump 34 years after the big fight scene from the original Karate Kid movie. Life hasn’t been great for Johnny Lawrence, the bully in the skeleton costume. The show focuses mostly on him. He never really recovered from his loss to Daniel LaRusso.

There are two sides to every great moment. As a Chicagoan, I always figured those sides were the winners and the Cubs.

So Tom Seaver of the 1969 Mets died the other day, and he deserves all the love he’s being shown today. But the other side to that Amazin’ Mets great American sports story was, of course. . .

The Cubs. Amazingly enough, unlike Johnny Lawrence’s comical approach to getting his act together, somehow Chicago’s relationship with the 1969 Cubs has been inexplicable.

They were never down and out. That 1969 Cubs team might be this sports town’s most cherished team, after the 1985 Bears. The players from that Cubs team are still heroes. That is the year the Cubs became the dominant, most-popular baseball team in town. They held that distinction even while the White Sox were winning the World Series.

I don’t get it, yet somehow it’s in my DNA, too. They choked. And we love them.

Mr. Cub Ernie Banks, Sweet Billy Williams. Ron Santo was the radio announcer until he died a few years ago. There’s even a commercial on TV in Chicago now where some apparent radio guy seems to be showing his chops by going through the 1969 lineup.

That Cubs team had a 9-game led on Aug. 17, a five-game lead on Sept. 2. And roughly a week after that, the Mets took a two-game series from the Cubs, including Seaver beating Chicago’s best, Fergie Jenkins.

While the Cubs fell to pieces, the city fell more and more in love. A lot of it had to do with expectations, with personality and maybe most of all, with WGN-TV. The Cubs were on TV nearly every day, an unusual thing at the time, and a working-class town felt connected to a working-class team.

Still, they choked. They wore out. And when the Cubs finally ended their 100-plus year slump and won the World Series, that should have been the moment this town forgave the ’69 Cubs. Instead, Chicago acted as if those poor ’69 Cubs finally got the World Series they deserved.

It’d be nice to say that’s all in the past now, but 51 years later, it’s still in the present. Ernie Banks has a statue out front of Wrigley Field. For all those years, the team always had great attendance and ridiculous loyalty, based on the Chokin’ Cubs.

Johnny Lawrence got off the mat by teaching kids the way how to do things the way he used to do it in his day, yelling at kids “You can leave your asthma and your peanut allergies and all that other made-up bull—- outside.’’

It’s hilarious. There’s nothing funny about the ’69 Cubs, though. They were face-first down on the mat, and the town loved them for it. 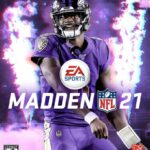