Ray Lewis’ sons, Rayshad and Rahsaan Lewis, are transferring into the SEC and teaming up at Kentucky. Rayshad is a graduate transfer after three years at Maryland and one at Utah State; Rahsaan will be a third-year sophomore walk-on after a year at Central Florida and last season at Florida Atlantic.

It’s 2020, so if you’re going to team up with your brother for one last ride, you might as well do it in the SEC and apparently Kentucky had some spots available so what the heck, do it up. Rayshad seems to be the one who could see the most time after playing in 7 games at defensive back and wide receiver for Maryland in 2019. Rahsaan played sparingly at FAU.

As for what dad has to say about all this, Ray tweeted “embrace your relationship with pain. #noexcuses.” Not sure if that’s a message to his boys or just a typical Ray Ray moment.

The Lewis boys and Kentucky open September 12 in the Swamp against No. 8 (in the Coaches poll) Florida. 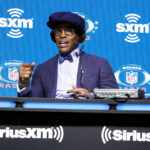 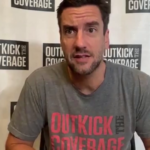