Ravens-Steelers, originally scheduled for primetime on Thanksgiving and later moved to Sunday afternoon, is now going to be played on Tuesday, according to Adam Schefter.

This means that Ravens-Cowboys, originally scheduled for next Thursday, is going to have to be moved back at least to Sunday in the ongoing game of NFL dominos.

Baltimore-Pittsburgh has been shuffled around because a number of Ravens, including JK Dobbins and Lamar Jackson, tested positive for COVID-19. While these players will still presumably miss Tuesday’s game, the extra time for testing and contact tracing should allow the Ravens to field a team — even if they have to call up a number of players from the practice squad.

Robert Griffin III is the likely starting quarterback for the Ravens. Trace McSorley, the former Penn State QB and current Ravens third-stringer, was placed on the COVID-19/Reserve list earlier this week.

Update: The NFL has announced that Ravens-Cowboys would indeed move from Thursday night to Monday afternoon if Ravens-Steelers takes place as now scheduled on Tuesday: 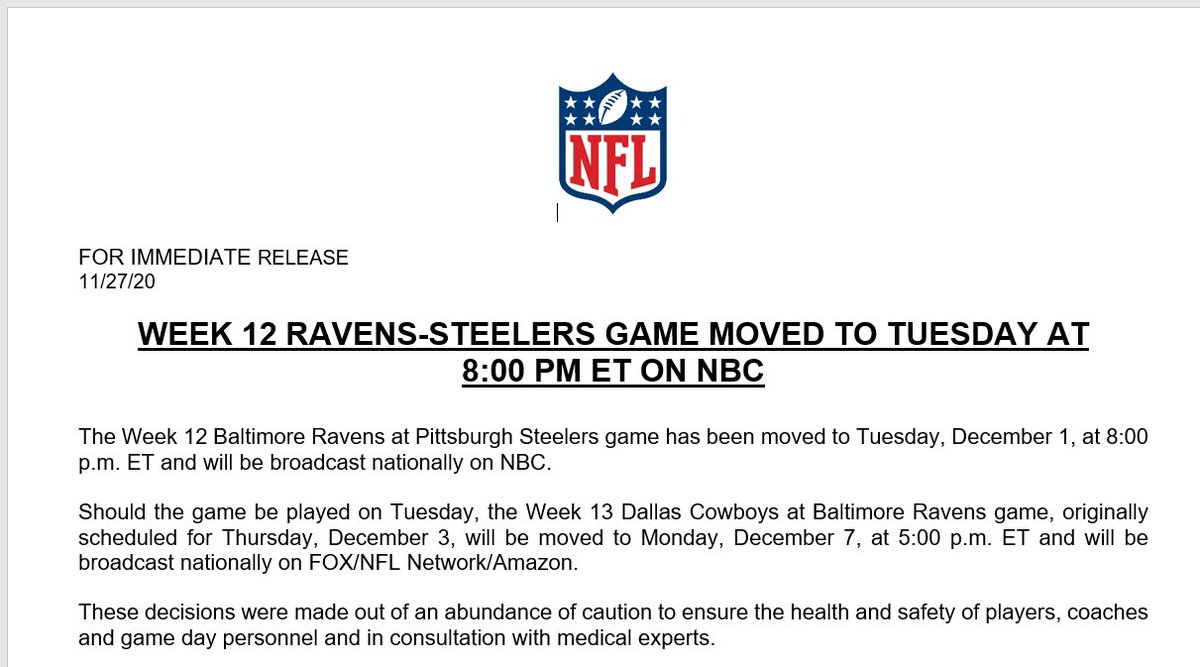