The Baltimore Ravens had positive COVID-19 tests for the fourth day in a row, Jamison Hensley of ESPN reports:

Ravens had more positive COVID-19 tests yesterday, per source. This marks the fourth straight day of positive tests. The outbreak in Baltimore continues.

The Ravens-Steelers had already been moved from being the marquee Thanksgiving game window to Sunday afternoon on NBC, where it will have to compete with games on Fox and CBS.

If the game cannot go on as scheduled on Sunday, the NFL has a real mess on its hands because the Ravens are supposed to play the Cowboys next Thursday. They can’t push Ravens-Steelers to Monday or Tuesday without messing the Thursday matchup.

With bye weeks over, we are reaching a point when the NFL may have to either adding a Week 18 to the regular season (which they could do without moving the Super Bowl because there’s a bye week the week before), or add an eighth team to the playoffs in each conference and determine eligibility based on winning percentage.

We shall see what happens from here. 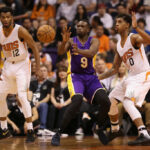 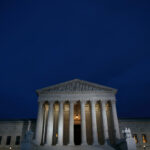