If it wasn’t already apparent that the NBA no longer randomly tests players for weed, Andre Iguodala provided us with a reminder, thanks to his recent comments about retired big man Rasheed Wallace.

Iguodala, a current free agent who just won a title with Golden State, opined that Wallace would be better than “Greek Freak” Giannis Antetokounmpo if he played in today’s NBA.

“If Rasheed Wallace played in modern-day basketball, if he played in our league today, he’d be a top-five player in the league,” Iggy said earlier this week during an appearance on the Dan LeBatard Show. “He’d be better than Giannis, and I love Giannis.” 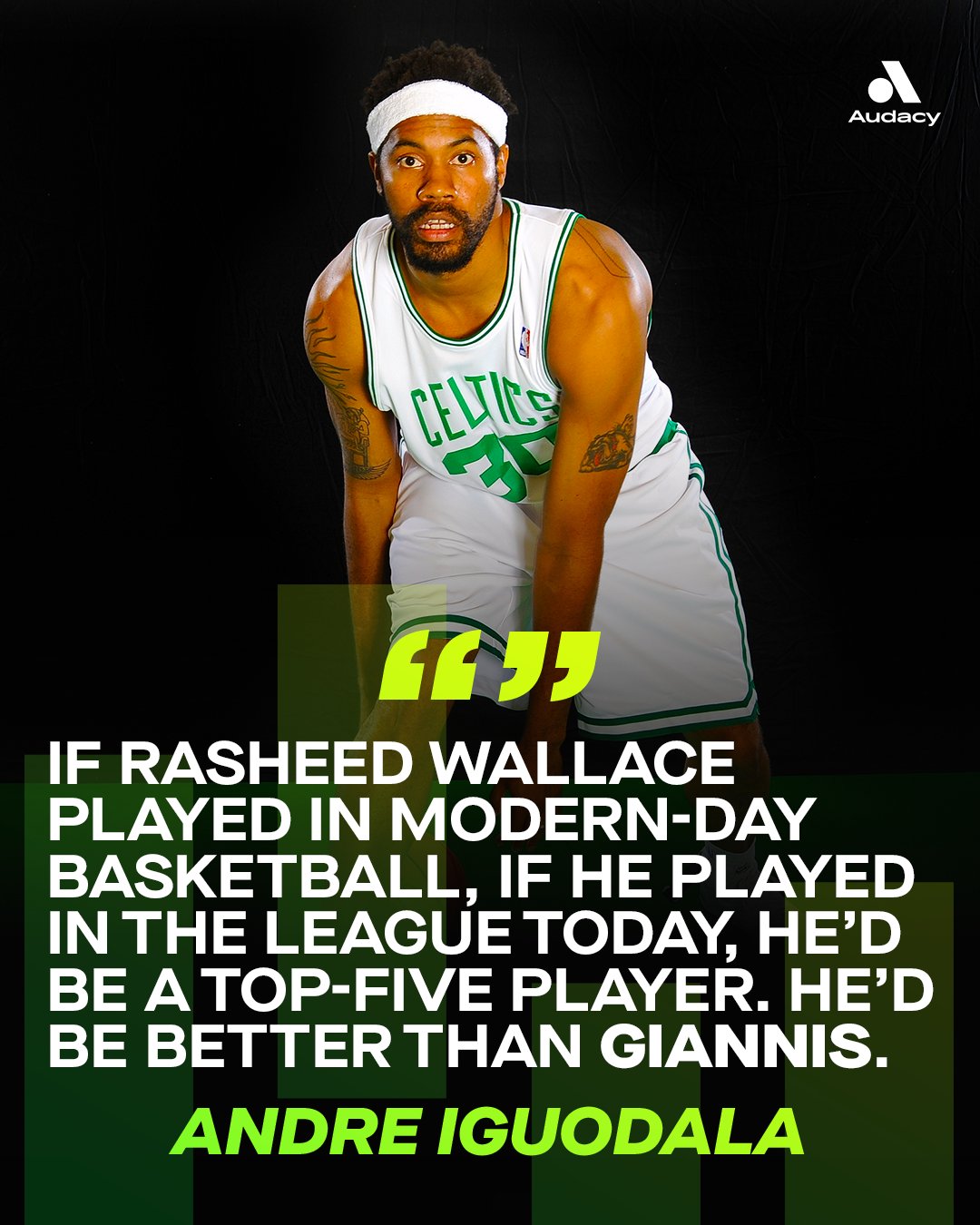 Make no mistake, Wallace was a very good NBA player. In 16 seasons Wallace was named an All-Star four times and won an NBA title with the Pistons (2004). He’s also the league’s record holder for single-season technical fouls with 41!

“Rasheed Wallace probably could have been a top-five player in the league for a 10-year stretch. He was shooting half-court shots left-handed and right-handed,” said Iguodala.

Ahh…the classic either handed half-court shots. A sure sign of modern-era NBA stardom.

In just seven seasons, Giannis has been named an All-Star six times, MVP twice, Defensive Player of the Year, six-time All-NBA and has a title of his own.

To assume Wallace, who played as recently as the 2012-13 season, would be able to come close to those numbers is quite the reach.

Then again, there’s been little or no evidence of Antetokounmpo sinking left-handed half-court shots.