The team instead tweeted out a photo of Ken Whisenhunt, 58, wearing a Raiders hat and headset. They even posted his photo on the team website before someone finally figured out they had welcomed the wrong guy to the franchise. Whisenhunt’s last assignment came in 2019 as the Chargers offensive coordinator.

Since Wisenhunt never worked for the Raiders and thus never wore Raiders gear, someone had to spend time photoshopping Raiders gear onto the Whisenhunt photo, only to have it be the wrong guy. Once the error was corrected, the team apparently ran out of gas. They didn’t bother photoshopping a Raiders hat on Bradley, as they did with Wisenhunt. Bradley’s photo on the Raiders site features him in a Chargers hat nearly 24 hours after the Internet had its fun.

Small mistake. Everyone shares a laugh and life moves on. We’ve all been there. 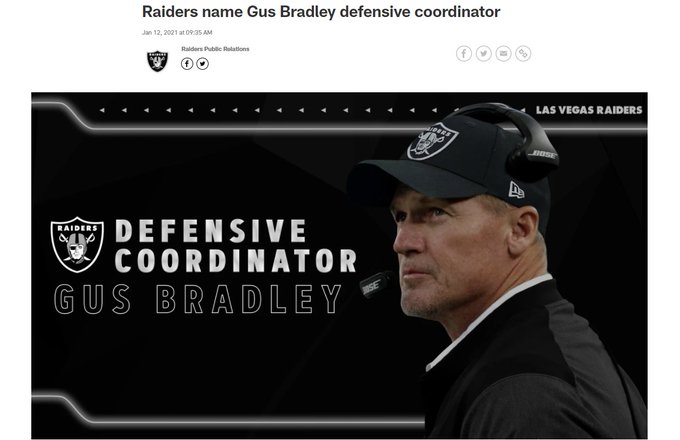 This is Gus Bradley:

This is Ken Whisenhunt (left) shaking Gus Bradley’s hand. Yes, these two have been in the same room at the same time: