While the NFL playoffs are ongoing this weekend, teams that are already enjoying their vacations are also looking ahead to March when NFL free agency kicks off.

One of those teams on the outside looking in are the Las Vegas Raiders, who were in the playoff mix for a majority of the season but ended the year at .500 at 8-8.

One player on their roster who will be a free agent is wide out Nelson Agholor, who had his best season as a pro with the Raiders in his first season in Las Vegas.

Agholor was one of the best bargains in the NFL last season, as he was inked to a one-year deal worth just one million dollars.

He caught a career-high eight scores to go along with 48 catches and 846 yards, also both career highs.

Agholor was a favorite downfield target of Derek Carr, and the Raiders without a doubt will look to bring him back at the right price.

Pro Football Focus discussed all the top NFL free agents, and says that the Raiders will open their pocketbooks and bring back Agholor, not even allowing him to get to free agency to shop his services.

The site claims that the Raiders will get back the receiver on a two-year deal worth $15 million with $9 million total guaranteed.

There’s plenty of time for things to happen in the NFL before free agency kicks off, but it’s never too early to speculate on where players will end up, Agholor included. 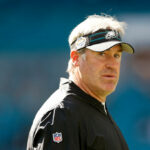 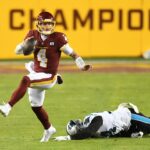