Wow, the NFL is actually doing it.

The Las Vegas Raiders are being fined $500,000. Head coach Jon Gruden is being fined $150,000. And the team is being stripped of a sixth-round draft pick.

Why? According to the league, the punishment comes in response to repeated violations of COVID-19 protocols. Charles Robinson, a senior report for Yahoo, was the first to break the news via Twitter.

Sources: #NFL will fine the Las Vegas #Raiders $500,000 & coach Jon Gruden $150,000 and strip the team of a 6th round draft pick for COVID-19 protocol violations related to OT Trent Brown’s positive test in late October. Escalated fines/pick were due to being a “repeat offender”.

The NFL has warned teams and individuals for quite some time about proper COVID precautions, and we now know those were not empty threats.

“Protocol violations that result in virus spread requiring adjustments to the schedule or otherwise impacting other teams will result in additional financial and competitive discipline, including the adjustment or loss of draft choices or even the forfeit of a game,” commissioner Roger Goodell stated in a memo sent back in October.

Will the Raiders serve as a message for other franchises? That remains to be seen.

It will be interesting to see if we get a response from the Raiders or Gruden in particular. The violations stem from offensive tackle Trent Brown returning to the reserve/COVID-19 list after coming off of it just six days ago. 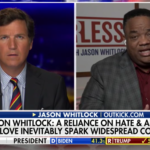 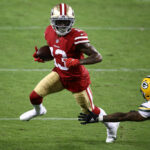