Remember when people made fun of Baker Mayfield for claiming to have seen a UFO after a night out for dinner? The Navy has been backing up the Browns quarterback ever since with reports of UFOs doing their thing in the skies across the United States. UFO reports are now all the rage. Even 60 Minutes (of lies) — get the shirt here — fired off a report a few weeks ago about how UFOs are popping up all over the place.

Now the Navy is revealing that UFOs swarmed a U.S. Navy destroyer in 2019, and they have radar footage to prove it. Mystery Wire, a UFO media outlet, published a video of the swarms around the USS Omaha showing upwards of 14 unidentified flying objects around the ship for two hours on July 15, 2019. 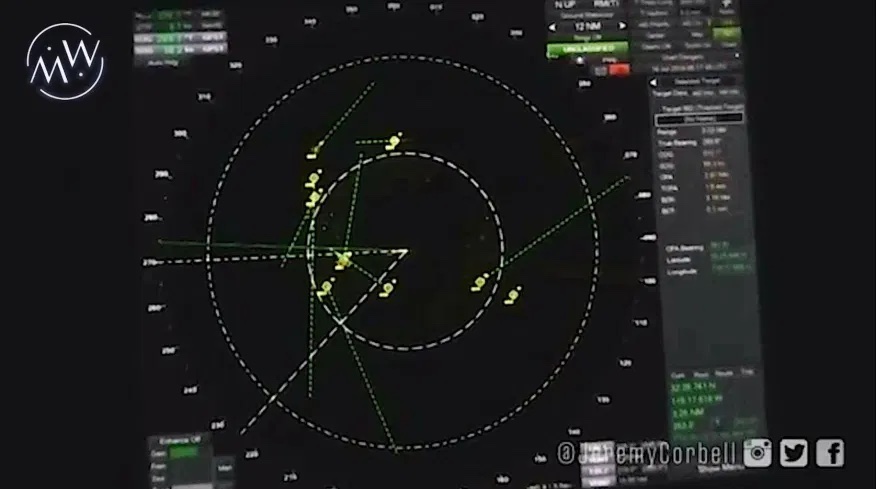 “Right now, these are unidentified, we don’t know what they are,” a filmmaker who obtained the video told Mystery Wire. “Everybody tries to corner me … saying they’re aliens or somebody. I have no idea.”

At this point you shouldn’t be canceling any summer vacations, building survival bunkers (unless it’s a cool man cave bunker where you can hide from your wife, then go for it) or stockpiling Reese’s Pieces to distract the aliens from ramming you with their probes.

There’s no need to get crazy right now. Give Costco a break for a summer.