There have been more challenges than ever for fantasy football players in 2020. The pandemic schedule changes have kept everyone on their toes. Heck, the Chargers don’t even have a player or staff on the COVID list, and they still had four games switched.

It seems the NFL has its back to the wall and a Week 18 or more seems inevitable. In this game of professional sports Jenga, how many more games can be moved without the schedule falling apart?

In the meantime, here is help with the top 10 fantasy issues and unknowns:

1) Cam Newton vs Drew Lock – The one-week postponement of the Broncos at Patriots game allows Newton time to come off the COVID list and play. Even Stephon Gilmore, who also tested positive, should return to play. Lock was probably able to play last week but now gets an extra week of practice. TE Noah Fant should now be able to return from ankle injury as well.

2) OBJ and AD illness – Non-COVID illness is more prevalent on injury reports this year. Both Odell Beckham, Jr and Adrian Peterson popped up as DNP due to illness. As explained on the ProFootballDoc Podcast at OutKick, this is a by-product of COVID protocols. There will be no more “Michael Jordan flu” games, even if players are negative for COVID. Previously, players with runny noses would still practice either full or limited. Nowadays, by protocol, they are sent home in case of COVID. There are always illnesses that happen, especially as flu season approaches. Teams even routinely offer players the influenza vaccine. However, this year the “routine” illnesses take a higher profile due to forced absences. Don’t worry. OBJ, AD and other DNPs this week for illness will be ready to go.

3) Baker Mayfield – The Browns quarterback has a reported rib issue, but I continue to believe he has an AC joint component to the injury. He said he avoided more serious shoulder injury by rolling some as he hit the ground. I have pointed out that a QB with a rib injury doesn’t let his shoulder hang the way he did. During my regular SiriusXM appearance, former NFL QB Jim Miller added that QBs with rib injuries don’t shake their arm like Baker did, but they do for a shoulder sprain. In any case, the Browns play division rival Steelers in the biggest matchup of the week, and I don’t see Mayfield missing it. He may need an injection of some sort to play. Expect him to be listed as questionable but be full go.

4) Dalvin Cook – The Vikings running back projects to miss Week 6 with an adductor groin strain. The good news is that it seems minor, and he will not go on IR. With a Week 7 bye, expect Cook to miss just this one game. This groin injury is on the same side as his 2018 ACL tear and his 2019 compensation hamstring injury but is not related to either of those issues. An “injury prone” label is unfair to Cook

5) Jimmy Garoppolo – The 49ers QB just didn’t seem right on his first game back against the Dolphins. He was pulled in the second half partly due to the ankle and partly the lop-sided score. His lackluster return was likely due to the ankle affecting push-off on throws as well as rust. Garoppolo had a full week of practice and should be good to go and return to his usual form this week vs the Rams.

6) D. J. Chark – The Jaguars star WR is in jeopardy of missing this week’s contest. He left late in the game, and his ankle injury was off camera. A review of the all-22 coaches film was too distanced to see what happened. This is the biggest mystery of the week. The good news is this doesn’t seem to be a major issue, or the film would have showed it. The bad news is with two straight “did not practice,” it doesn’t bode well to play or be effective in Week 6.

7) Davante Adams – The Packers wideout will be back this week and in full form. As is typical for Green Bay, the team wanted to be conservative and bring him back well closer to 100% to avoid a set back. Often the first week back is limited, but expect Adams to be full go with all usual targets and production.

8) Tom Brady targets – All three Buccaneers wide receivers were limited this week in practice. Expect at least two and possibly all three to play. Mike Evans has shown that he will play through injury. He performed better than expected playing through a mild high ankle sprain last week, and he will be one week healthier.  Scotty Miller has played through hip/groin issues all season and is likely to continue. Chis Godwin’s hamstring is the only question. Godwin seems set for next week for sure, but this week seems to be trending to a game-time decision.

9) WR hamstrings – Given the pandemic year, soft tissue acclimation injuries have dominated the landscape. This is about to end with the start of Week 6, but there are several lingering hamstring issues to deal with. A.J. Green’s season has been lackluster. With his recent hamstring strain, he will almost certainly sit. Julio Jones is likely out one more week after trying to force the issue previously to help his team. As a speedy small WR needing to rely on separation, DeSean Jackson is likely to need another week despite limited practice this week.

10) Sam Darnold – The Jets QB will miss a second straight start after returning to finish the game where he suffered a throwing shoulder AC joint sprain. The curious communication involving recent Jets medical issues continues. https://www.outkick.com/david-chao-md-jets-medical-decisions-are-leaving-a-lot-to-be-desired/ Expect Darnold to be back next week vs the Bills.

For all the other fantasy injury questions, go to www.profootballdoc.com and use the player search feature. Outkick readers can sign up and use the Field View and Injury Index for free. 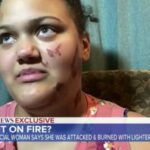 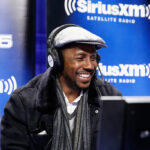