Eight offensive starters for the 49ers are out for their Thursday Night Football game against the Packers. Dr. Chao joins Clay to discuss the injuries and when we could potentially see George Kittle back on the field.

“Well, of course, the Packers have running back issues, significant running back issues, where there are going to be a couple of unknowns running the ball. But on the 49ers, it is an absolute fantasy football nightmare. If you go to the profootballdoc.com field view, every skill position, every single one on the 49ers is red. All three wide receivers, the running back, the quarterback, the tight end, you name it. And actually two offensive linemen as well. So, eight out of 11 starters are out for this game on offense for the 49ers.

“George Kittle’s season is not over. I’ll go on the record on that. I know a lot of media have reported it. He’s out eight weeks. His season is over. But John Lynch said it was a cuboid fracture. So, it is not a fifth metatarsal Jones-type fracture. And the cuboid bone, like its name implies, is kind of a cube. And he walked off the field with it. Initial x-rays were negative. It took a CT scan to see the fracture. So, this is a nondisplaced fracture that does not need surgery, that heals well. Now is George Kittle going to come back in two weeks like he claims? No, he’s just being George Kittle. But, I don’t think it’s eight weeks. I don’t think it’s season-ending. I think a reasonable total is six, and it might be a little bit under so if the 49ers are still in it, he’s back this regular season.” 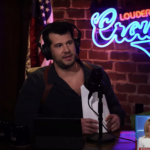 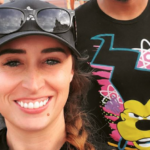