The almost daily NFL COVID report has left most of us numb, but there are some notable changes. The Giants and Chargers teams will be short a few players this week.

We talked about the new “home field” advantage last week, but new COVID protocols have added significance. The days of allowing close contacts to play quickly are over.

Back when Cam Newton tested positive, 20 Patriots players and staff were allowed to fly on a separate plane and participate in the game against the Chiefs. Patriot CB Stephon Gilmore, who later also tested positive, hugged Patrick Mahomes after the game, causing needless worry about the Chiefs QB. The league has since changed the rule so that any close contacts identified as “high risk” are out for at least five days.

Expect the Buccaneers to play the Giants without almost all of their offensive linemen because those players who are identified as “high risk” today cannot play Sunday. The Giants will have to rely on practice squad call-ups. They won’t even have time to sign free agents due to the test waiting period.

Last week, there was worry that the Raiders would be without four offensive line starters vs. the Bucs. However, since they were placed on the list on Monday Oct. 19, we indicated they would come off on Saturday Oct. 24 and play, which they all did. The only exception was Trent Brown, who tested positive in his own right and was therefore no longer just a “high risk” close contact.

Some Chargers, who have yet to be identified, will meet the same fate against the Broncos. The NFL could always decide to postpone the game, but it has not done so yet.

For the next two weeks, the Bucs are scheduled to face a team with O-lines in quarantine, and this time, there are not enough days for the players to come off the list. 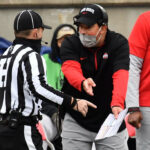 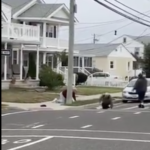