The first COVID-19 vaccine has just been administered in New York.

President Donald Trump promised that vaccines would arrive before the end of the year. His followers, supporters, and listeners expected the milestone.

Those who only consume Trump via the news outlets, on the other hand, are shocked. The media and the so-called experts assured listeners that Trump was wrong, that a vaccine would not arrive in 2020. “There is just no way,” they declared.

CBS, one of the least trustworthy news agencies still around, wasn’t buying it at all. In May, Norah O’Donnell explained:

The president said today he that he wants the nation to return to normal, with or without a vaccine. Still, he says a vaccine will be ready by the end of the year – a timeline experts say is unlikely. @PaulaReidCBS reports pic.twitter.com/EsClFtt8NC

Well, that “timeline expert” is clueless.

NBC, an even less trustworthy outlet than CBS, ran a full article debunking Trump’s claim that the United States would see a vaccine by December. Trump would need a miracle, the network said:

NBC Fact check: Coronavirus vaccine could come this year, Trump says. Experts say he needs a 'miracle' to be right.https://t.co/Pu6hDrWGgP

“Experts say that the development, testing and production of a vaccine for the public is still at least 12 to 18 months off,” NBC News writes, “and that anything less would be a medical miracle.”

A medical miracle, huh? Sounds like quite the achievement for a president.

“Trump’s own top infectious disease expert, Dr. Anthony Fauci,” the Trump hit piece goes on, “told the Today show that January 2021 is the earliest a vaccine could be ready, but cautioned that that timeline is ‘aspirational.'”

Even Fauci, the “expert,” was wrong. Hard to fathom.

If 2020 has proven anything, it’s how little the term “expert” means anymore. Clearly, our public health experts are lost, striking out at every at-bat.

Similarly, pollsters came into the year with some credibility, only to predict an upcoming “Blue Wave” that never happened.

We should all be thrilled the vaccine has arrived and an end to this horrible virus is en route. Unfortunately, though, many Americans have lived the past 10 months in dire fear, as those they trust told them they are years away from normalcy and safety. 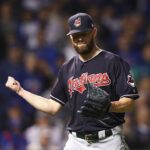 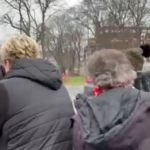