Imagine a year ago this line would drop during a presidential debate:

“I brought back Big 10 football,” President Donald Trump tells Joe Biden. “It was me, and I’m very happy to do it.”

Earlier this month, Trump discussed his role with the Big 10 on Outkick:

“I got the Big 10 [back], no other president would have gotten involved with that,” Trump tells Clay Travis. “Can you imagine Biden doing it? He is a low-energy person. I used to call Jeb Bush ‘low energy.’ Jeb is extraordinarily energetic compared to Sleepy Joe.”

We wrote at Outkick:

“Over half of college football fans surveyed say Trump played at least a role in the Big 10’s return. More importantly, the same 53% of Big 10 fans surveyed agree. 19% of which say the president is “completely responsible;” 34% voted “somewhat responsible.

“Only 17% and 16% of college football and Big 10 fans, respectively, say Trump had no part in the decision.”

“I brought back football. Big 10 football. It was me. I was happy to do it” pic.twitter.com/MSzSc67DzU

I brought back Big 10 football… 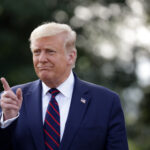 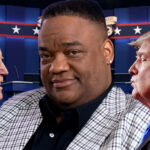