It turns out the New Jersey Group 5 high school state championship game between Clifton and East Orange will be known for ending on one of the craziest fumble calls in high school football history and for being the game where Popeyes meme legend Dieunerst Collin.

Collin’s East Orange team won in 3 overtimes when referees determined that an East Orange player had taken the ball away from the Clifton quarterback before he broke the plan of the end zone and ran the other way for a 100-yard touchdown.

Game over. Meme legend and his teammates are state champions.

This is one of the most insane finishes to a football game you'll ever see. NJ North Group 5 Championship in 3OT. Clifton stuffed at the goal line, fumble and returned 100 yards by East Orange to win the title. Here's the clip from @HSSportsNJ via our @locallivenet stream pic.twitter.com/CnD6eKriS4

As for the 6 foot 1, 315-pound offensive lineman Collin and that meme legend thing, he learned to live with it after initially being bullied over the video that gained fame via Vine where it was viewed millions of times and is still used by meme fans to this day.

“When it first happened, I kind of felt sad about it,” Collin told Sports Illustrated. “It was somebody randomly recording me, and I’ve never been viral before. When it first came out, I would take it as bullying, every time I used to hear ‘Oh, Terio, Terio,’ and that’s not my name … a couple weeks later, I figured out it was me based on the video. I got kind of emotional, cried a little bit. Over the years, I got over it.”

Now the 17-year old Collin, who says he has a 3.2 GPA at East Orange, has sports stardom and says he wouldn’t mind working in sports media down the road. 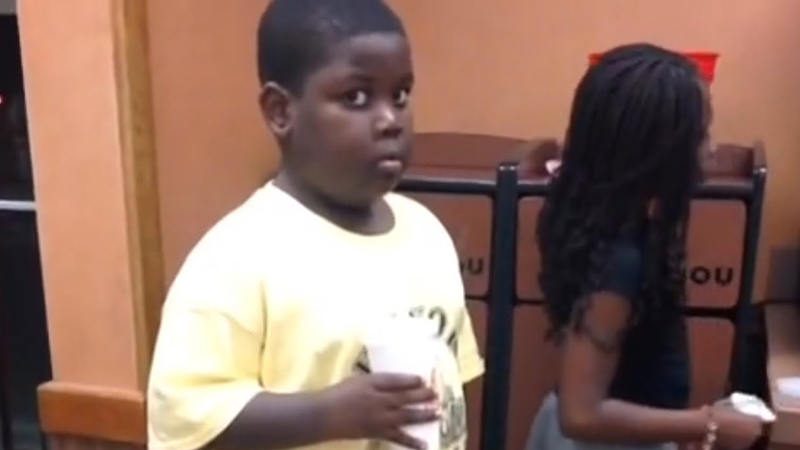