Before you spend your weekend watching six full NFL playoff games, head over to the FanDuel Sportsbook and place your bets.

Among the most fun is the newly-added Playoff Props section that allows bets on which QB will throw for the most passing yards. The play here is to bet on the QB you project will play in the most games. Here are the odds:

First thought: Josh Allen should be even more of a favorite. Unlike Aaron Rodgers and Patrick Mahomes, Allen doesn’t have a first-round bye. And with the Bills’ momentum, Allen has the best shot of all QBs to play in four postseason games.

At first glance, Rodgers at +1000 is enticing, but don’t fool yourself. Green Bay is so much better than the rest of the NFC that Rodgers won’t need to throw the ball late in games. Instead, the Packers will rely on the running game to close out wins. Remember, Rodgers and the Packers have been so dominant that Rodgers hasn’t thrown for over 300 yards since Nov. 22, and that was in a loss to the Colts. The Packers could fly through the NFC.

The value bet is finding a QB ranked low who could get hot and go all the way, like Eli Manning and Joe Flacco did years ago. Ryan Tannehill would be that pick. Despite recent concerns, the Titans matchup up well against all of the top playoff teams. Tannehill has the talent and weapons to record the yards. The kicker, however, is Derrick Henry racking up rushing yards. In order to cash out on this long-shot bet, you would need Titans to fall behind early in at least three games and for Tannehill to orchestrate a comeback in the air.

Get your bets in before 1 p.m. ET tomorrow. 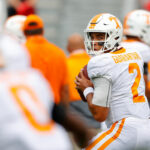 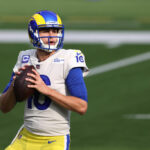