Chilean Playboy model, Daniella Chavez, who once said she fulfilled a dream by having sex with Ronaldo, has climbed another mountain and now resides on the peak as a soccer club owner. Chavez, a hero to her 13 million-plus Instagram followers, has invested in Chilean soccer team Rancagua Sur Sports Club with hopes to climb yet another mountain and get the team out of the Third Division and into a professional league.

If you didn’t notice a common theme to Daniella’s life, it’s that she’s quite capable of climbing mountains and you shouldn’t bet against her at this point. How many of you guys can say you own a sports franchise? Advantage Daniella.

Chavez has reportedly agreed to invest in the non-league football club despite being a fan of local top flight side O’Higgins de Rancagua.

She posted a picture of the club’s crest alongside the message: “I present Rancagua Sur Sports Club from the Third Division A.

“Soon they will go up to the professional league. One more challenge, but a nice challenge because it is a part of my city. We will give it our all.”

As for that thing with Ronaldo, dreams do come true. Daniella, who appeared in the July 2015 issue of Playboy Mexico, has clearly dreamed big and proves that you should aim high and see what happens.

She said: “Cristiano was very shy at first, but when he built up his confidence was quite a man, though still a bit fearful. He loved me, but the idea was not to show it.

“I just wanted to fulfil a dream and have sex with him.

“I love his body. He liked my face, my breasts and the fact that he had never slept with a Playmate.”

The financials aren’t out on Daniella’s big purchase, but the club is definitely promoting her ownership on its Facebook page. “As an institution, we are pleased to receive the rancagüina model Daniella Chávez in our family. She comes to the club to contribute with her grain of sand in the sports project and, together, seek the dream of professionalism,” the club said in a statement.

A post shared by Daniella Chávez (@daniellachavezofficial) on May 6, 2020 at 3:15pm PDT

A post shared by Daniella Chávez (@daniellachavezofficial) on Jul 8, 2019 at 6:01pm PDT 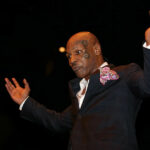 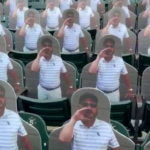