The Indianapolis Colts have a bad QB problem. Philip Rivers, at age 38, isn’t any good.

Sunday, his age and inabilities were on full display in the Colts’ 32-23 loss to the Browns. Rivers missed open receivers and threw passes that made Peyton Manning’s former wobbles look like throws.

Rivers couldn’t get the ball into the end zone. He did, however, toss two passes to Cleveland.

Indianapolis isn’t another bad team without a QB; it has real talent. The Colts’ defense is among the league’s fastest, deepest, and most talented.

Coming into the day, Indianapolis’ defense ranked second in yards, first in passing yards, and first in scoring.

This season, the Colts aren’t going to upgrade the position, which would turn the team into a contender. At his best, backup Jacoby Brissett is a mild upgrade.

Looking ahead to the offseason, the Colts’ record will put them out of range for a top draft pick. Justin Fields isn’t sliding far; Trevor Lawrence isn’t sliding past first-overall. Even Trey Lance, who is rapidly rising of mock drafts, is unlikely for the now 3-2 squad.

Barring Rivers turning back the clock 8 years, Cam Newton should be a priority. No. 1. Remember: Newton’s deal with New England is only for this season.

Newton is great playing on a team that is defense first, runs the ball second, and throws third. For the Colts, Newton is an ideal fit. For Newton, if New England isn’t willing to pay him, which it might not be— it is mutual.

Cam Newton next season on this Colts team would instantly be among the AFC’s best. 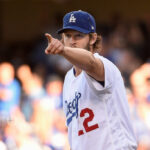 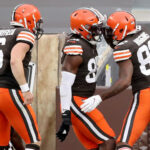