ESPN announced that their first round coverage of the PGA Championship averaged 1.246 million viewers on Thursday, the best first round viewership for the major in the past five years and second best of the last decade.

This is all the more impressive considering that many of the tournament’s biggest stars — like Tiger Woods, Brooks Koepka, Justin Thomas, Rory McIlroy, and Jordan Spieth — competed in the early part of the day where the tournament was airing on the paywalled streaming service ESPN+ as opposed to linear television.

As we mentioned earlier this week, golf has been on a nice ratings run. Sunday’s final of the PGA Tour WGC-FedEx St. Jude Invitational averaged 3.2 million viewers — beating every MLB game of the previous week and NBA game except Lakers-Clippers on the night of basketball’s return. Saturday’s broadcast of the tournament also beat every NBA game other than Lakers-Clippers and an ABC primetime showcase between the Bucks and Rockets. 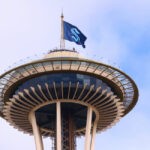 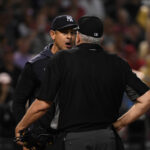