States in America are reopening at different rates amidst the pandemic, and we’re starting to see a little bit of evidence that people in shutdown cities are crossing state or county lines to go to open movie theaters. This past weekend, for the new Christopher Nolan film Tenet, TheWrap reports that people who live in New York, Los Angeles, and San Francisco — which remain shut down — got mobile to see the movie:

While Warner Bros. declined to comment for this story, studio insiders tell TheWrap that top markets for “Tenet” on this Labor Day weekend included New Jersey, Connecticut, and California theaters that reopened in San Diego and Napa counties. All these markets are adjacent to major cities that still have non-drive-in theaters closed due to high COVID-19 infection rates, making likely that moviegoers from neighboring counties and states are driving farther than they usually would for a night at the movies.

There had been evidence of this before Tenet as well. “Last weekend, we reopened our locations in Connecticut for The New Mutants and found that we got many moviegoers from New York who couldn’t go to their local theaters because they are still closed,” Bow Tie Cinemas COO Joe Masher told TheWrap last week. “Between our Hoboken and Greenwich locations, we think that trend is going to get even stronger.”

This type of behavior is likely to become even more prevalent going forward as cold weather starts to hit in the North, if regional shutdowns persist. Presumably, people will cross state and county lines for much more than movies, too. 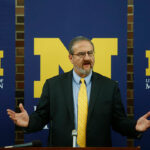