Peacock launched without Amazon TV and Roku. This repeats the issue of HBO Max’s launch in May; Max is still not available on either service. Failing to reach deals with the top two streaming platforms greatly limits both services’ accessibility.

Amazon TV and Roku, as of May, made of 33% of the market share, per Parks Associates. Limiting availability due to ongoing (data and ad) battles makes it impossible to even dent Netflix and Disney+.

It’s unpleasant to watch TV shows and movies on a laptop, tablet, or phone. So much so, I’m still watching HBO Now, with a much smaller library, on my TV over HBO Max on my laptop.

Unlike HBO Max, Peacock comes with the option to catch up on the most popular show on TV. The first two seasons of Yellowstone are available on Peacock. The Kevin Costner-led attraction is beloved by its viewers. Those who are late to the party, though, have had issues joining in as the first two seasons weren’t available on any streaming service. They could purchase the seasons on Amazon for $19.99, but who is looking to pay $20 for anything?

The free version is a dud

Peacock promotes itself as a free option to its competition. While that’s technically not a lie, the free tier isn’t any good. It’s a tease that grants access to a few episodes of the shows the users downloaded the app for.

$4.99 for the premium package isn’t a bad deal. It’s worth it and cheaper than the alternatives. But don’t give me that this is a service you can enjoy for free — it’s not.

The true free option is the underrated IMDb TV, which poached Mad Men from Netflix.

Everyone wants to know where Peacock ranks in the streaming wars. Here is the answer: 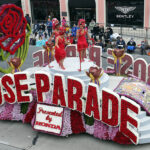 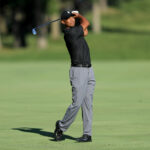