Being considered “the most talented NBA player in player the world” is quite the compliment, and future Hall of Famer Paul Pierce is ready to crown a new star:

“I expect special things from him. You’re talking about a kid who made one of the biggest leaps in recent memory–from rookie of the year to MVP caliber…clearly he’s special, he’s a talent, and to me, he’s the most talented player in the NBA today. The lights are never too bright for him,” Pierce said on ESPN.

How convenient of Pierce to gas up Luka two days after saying the Slovenian superstar reminded him a lot of…himself.

Paul Pierce says Luka Doncic’s play-style is familiar: “He’s got a lot of me in him.”

Paul Pierce was a historically great basketball player, but Luka will be much better. Considering how good this kid is, especially at just 21-years-old, Doncic is on par with the top-15 players of All-Time.

Will he end up among the top 5-10 players ever? He has plenty left to prove, but he’s clearly got the skillset. Pierce averaged just 3.5 assists a game in his 18-year career, so he really doesn’t compare well to Luka. Maybe “The Truth” was a better scorer to make up for his lacking talent to play-make?

Luka Doncic is a special player that deserves to be praised. So, how does Paul Pierce manage to make statements that are objectively true while still sounding ridiculous? Never change, Paul (or do). 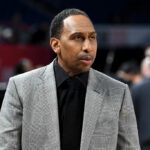 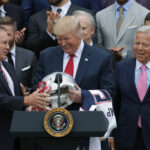