All it took for Pau Gasol to consider a return to the NBA was for the Los Angeles Lakers to sign his brother Marc.

That’s what the Lakers did Sunday night in free agency, and now Pau and Marc could finally be together in the NBA. Both are former All-Stars. Both have seen their best days as NBA big men. Both have reached pro basketball’s rocking chair age.

Word is, Pau still wants to play — but only with the Lakers. He is 40-years old and has at least one bad foot.

He appeared in three games with the Milwaukee Bucks in 2019 before being sidelined with a left ankle injury that required surgery. Gasol then signed with the Portland Trail Blazers last July. He was waived in November.

Interestingly, Pau considered playing for Spain’s Barcelona BC this season, but the team’s GM said Barcelona “could hardly pay what he would cost to the club.”

He would cost the Lakers next-to-nothing. The question is, will they want to bring him in for the veteran’s minimum?

Marc is there. Pau wants to be there. The Lakers signed one brother and could sign the other. The move may not make a difference in the quest for another championship, but it would be pretty cool. 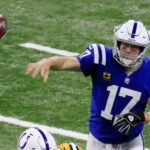 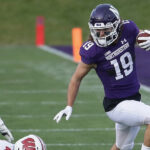