The New England Patriots (3-5) made an impressive comeback on Monday Night Football. The final score showed a 30-27 win over the now 0-9 New York Jets. It is time for a celebration, right? Wrong.

What did the Patriots gain with this victory?

Sure, it technically keeps them in the running for the AFC East, but do we really think this division is going to end up being competitive? Do we really believe a squad that needed 13 straight points to beat a winless Jets team is going to turn things around?

New England looked so bad at one point that people were questioning whether Joe Flacco was elite again. The former Super Bowl champion did complete 72 percent of his passes for 262 yards, three touchdowns and only one interception against this defense, after all.

So, we will ask again: what did the Patriots really gain with this victory? Well, they helped a division foe get one step closer to the No. 1 overall pick and Clemson quarterback Trevor Lawrence.

That could actually go down as a big loss, especially when the other two teams in the division, the Buffalo Bills (Josh Allen) and Miami Dolphins (Tua Tagovailoa), seemed to have their franchise quarterbacks secure. Wasn’t having perhaps the best quarterback of all time how New England dominated the AFC East for so long?

Who knows, maybe coach Bill Belichick has a trick up his sleeve. Former Patriot Jimmy Garoppolo might be available soon, right? Gross. Or maybe they could stick with their guy Cam Newton? This marriage hasn’t worked out so well so far.

I’m sure the New England locker room will be celebrating tonight after a win on the scoreboard, but we have to ask ourselves if the Patriots are the real victors here. I guess that all depends on the post-season status of Jets head coach Adam Gase.

But it still feels like New York got the better end of the deal. 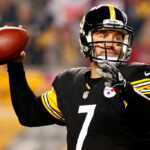 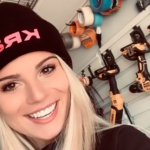