Reporting with @FieldYates: The Patriots will be canceling their Friday practice after a positive COVID-19 test, per a source. There is also a second test they are awaiting to confirm is a positive.

The Patriots are slated to play the Broncos on Sunday. Both teams have already had their bye. They were supposed to play this past week, but it got postponed. If this game can’t be played this week, the NFL is going to have to decide if it will add Week 18 to the regular season or if it will allow teams to play an unequal number of games and let winning percentage dictate playoff positions.

Previously, Patriots Cam Newton and Stephon Gilmore had tested positive for COVID, which caused the postponement of the Broncos game.

The Colts had originally reported four positive tests but then later announced that those were false positives. Their game against the Bengals will continue on Sunday as scheduled.

We will keep you updated on any future developments as it relates to Patriots-Broncos.

Update: No change in the status of the game, for now:

No change to the status of the #Patriots–#Broncos game as of now, I'm told. 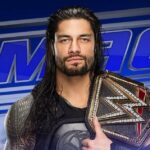 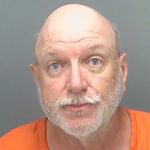