Patrick Mahomes is in Lake Tahoe to play in the American Century Championship and Travis Kelce is along, with his girlfriend, for what appears to be a vacation/celebration of Mahomes becoming a half-billionaire (on paper). Of course Mahomes brought his girlfriend Brittany and you have yourself a big boat party Thursday as the couples enjoyed the views, Brit Brit did some twerking and Kelce’s girlfriend Kayla slammed a beer (looks like Coors).

It’s been quite a week for Mahomes. He signed the huge football deal, flew to Tahoe, appears to have signed a beer deal, goes boating and now it’s time to play golf.

Today’s pairing: Mahomes, Kelce and Charles Barkley. Now that’s some serious planning from the American Century people. Think they’re going to crush any beers during the round that starts at 11:35 PST. Tony Romo is your retuning champion and will be pushed by Mark Mulder. Romo beat Mulder by 10 points in 2019. The big news a year ago was the emergence of Charles Barkley. He didn’t finish last (88th out of 90 players). 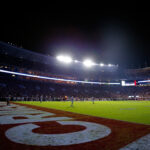 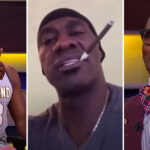