Football has a lot of technicalities and intricate details you don’t always see. So I’m going to explain how the Super Bowl-contending Green Bay Packers blew a big lead Sunday and lost to the Indianapolis Colts, even while officials did everything possible to make sure that Aaron Rodgers could get the ball back and the Packers would win. In the most detailed terms, the reason is this:

The Packers are not that good.

The Packers are not a championship team. They just have a championship quarterback in Rodgers. But just because the front door is painted a nice color doesn’t mean the whole house is nice.

I realize my view as a Chicagoan is skewed when it comes to quarterbacks. The Bears don’t have one. They never do. They’ll play the Packers this Sunday night in what could actually be a meaningful game. Chicago is excited about the possibility of Mitch Trubisky coming back to play quarterback again, believe it or not, not because he can pass but because he can run way better than Nick Foles can. I’ve been saying it for a few weeks: If Trubisky can play, the Bears should start him.

But the NFL has to be about more than just quarterbacks, doesn’t it? Looking ahead, I think the homestretch of the regular season is going to prove that. This is in defense of, well, of defense.

You look around the NFC in particular, and it’s hard to see a championship team anywhere. Seattle has a championship quarterback in Russell Wilson and a godawful defense. Green Bay? Pretty much the same, without physical lines on either side. Arizona quarterback Kyler Murray, according to the Arizona Republic, has filed a trademark for “Hail Murray.’’ Tampa Bay is really that great? Or is it just Tom Brady, who has had a few clunkers. Just a few weeks ago he was battered into confusion by the Bears’ defense, holding up four fingers because he thought it was still fourth down as the players all ran off the field.

Maybe the New Orleans Saints are elite. But the thing is, we leave every week thinking that a different NFC team is the real one. This is the second time around for the Saints. The Packers and Seahawks have been The Team a couple of times, too.

The teams in the NFC are just so fatally flawed because they are based on one guy doing big things while everyone else falls apart around them. The NFC is still fully available for the taking.

I get that the game has changed. The first team to 40 still hasn’t won. Alabama coach Nick Saban told ESPN that the game is about offense now.

“Good defense doesn’t beat good offense anymore. . .’’ Saban said. “It used to be if you had a good defense, other people weren’t going to score. You were always going to be in the game. I’m telling you it ain’t that way anymore. . . None of these skill guys grow up playing defense, from junior high, high school or whatever. So all of the best athletes end up playing offense.’’

Is that really a testimony that defense can’t win? Or is he just saying that the best athletes are playing offense now?

The Bears are such a mess that I can’t believe I’m falling for this again. But when the Packers and the Vikings lost Sunday, it suddenly seemed that the Bears’ season wasn’t quite over yet. They’re coming off a bye week, and we don’t even know if Trubisky or Foles is healthy enough to play. Or, more importantly, defensive linemen Akiem Hicks.

Typically, the Bears defense dominates for about a half, or a little more, and then it is so worn out and dispirited because the offense can’t do anything that the defense just breaks.

The Bears defense is one of the few championship-level groups in the NFC. And it seems that if the Bears can just muster a little bit of offense, just anything, that it could be enough for the defense to beat a top team.

The Milwaukee Journal wrote Sunday night that the only way the Packers are going anywhere this year, after the defense “collapsed’’ again Sunday, is by the offense piling up a ton of points.

The Packers have just one win this year over a team that had a winning record at the time.

And it just feels that the Bears have a chance to make a statement about football in general Sunday night. The Los Angeles Rams are right there with them. And in college football, Notre Dame’s defense makes them legit national title contenders. 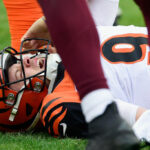 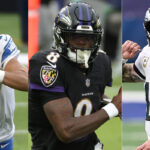