A group of Pac-12 football players tweeted the #WeAreUnited hashtag and published a list of demands in order for them to play this season, including acceptable covid-19 protocols (including option to opt out without losing spot on roster or eligibility), “drastic” pay cuts for Pac-12 commissioner Larry Scott, coaches, and administrators, stopping “lavish facility expenditures”, a civic task force on racial injustice, guaranteed medical coverage, and Name, Image, and Likeness (NIL) rights.

Those all seem relatively accomplishable, but their final one is hard to square with Title IX and would dramatically impact the budgets for all men’s and women’s sports: “Distribute 50% of each sport’s total conference revenue evenly among athletes in their respective sports.”

Outkick founder Clay Travis wrote a Twitter thread about the Title IX implications. “I’m fascinated to see how woke sports media reconciles PAC 12 football players demanding half of all football revenues when if schools do that Title IX is violated and women’s college sports effectively cease to exist,” he wrote. “I’m a capitalist so I have no problem with top pay going to top performers. But every women’s college sport in America loses money. So if capitalism is coming for college sports then women’s athletics wouldn’t exist.”

“Only two sports make money at (any) colleges: football and men’s basketball,” he continued. “They cover the entire athletic department budgets for all sports. So if college sports were run like for profit businesses, those are the only two sports that would exist. Rest would be canceled. What you have here is a fundamental conflict between athletes demanding to be compensated like they work at for profit businesses when they actually work at nonprofit colleges & universities whose scholarships & expenses are run in a socialistic manner. That is, most of the profits from men’s basketball & football are being rolled into scholarships for athletes with limited or no market based value. So if you pay athletes in men’s basketball & football you have to cut (most) of the other sports in men’s & women’s athletics.”

“It’s a fallacy to claim top college coaches in football & basketball are overpaid because coaches drive up revenue/profit by winning,” he concluded. “Lesser coaches = less wins & less revenue. Players benefit immensely by top coaches when you look at their future earnings too. Yay, capitalism. The problem I see with PAC 12 player demands is most of them don’t appear to realize they aren’t competing in for profit businesses. Many of their demands may well be illegal to provide under existing federal law, most significantly Title IX. Fascinating legal battle looming.”

If football (and men’s basketball) players received 50 percent of the revenue their sports generate, a lot of other men’s and women’s sports would cease to exist at least on a scholarship basis. If you think the players who generate the money deserve it, fine, but they’d have to own that a direct consequence of their demand if it were accomplished would be to to siphon the resources from thousands of other sport athletes and coaches. (Some sports at some schools and some conferences would survive on endowments and non-scholarship players, but there would be real bloodshed.)

That being said, especially the top players are highly deserving of a more true market reflection of their value. Yes, this already happens at untold sums on the black market. You could tell me Zion Williamson’s family got $10 million and with how much interest he drove not just in Duke but the whole season’s college basketball ratings there’s an argument to be made that would’ve been a bargain.

NIL should be a no-brainer for the NCAA and Pac-12 to yield on. It’s already coming about a year away in Florida and the floodgates will open after that. Players should individually and collectively as a team be able to benefit from sponsorships, commercials, autographs, and appearances. As Andy Staples said, NIL would not affect Title IX because the money would be coming from outside sources.

The players also have a point about schools spending crazy amounts of money on facilities, conference bureaucrats, and coaches who would likely make less if money were distributed directly to players at a true market rate. However, that may not all go down as much as you think — especially for good football coaches, who are worth their weight in Amazon stock. Nevertheless, it’s presumable that with NIL sponsorship money flowing into college football would go up with more avenues of marketing opportunities.

The players do have leverage. Not enough to get 50 percent of revenue, or anywhere near it. I think the conference would probably just punt on the season rather than acquiesce to that. However, as we’ve just talked about so much other sports rely on the TV revenue that football generates. I can see why they wouldn’t want to let a crisis go to waste. However this all winds up, it’ll be an interesting labor negotiation to observe. 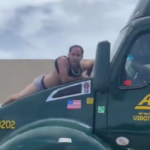 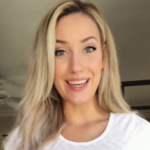