I am down in Florida at the beach with my family for Thanksgiving, and as soon as I click “publish” on this story, I’m headed over to play some beach football with my three boys. But before I hit the beach, Santa Clay is here to provide some early holiday joy for you gamblers out there.

Last week, we went 4-5 on the college football gambling picks — with two games canceled or postponed — to run our season record to 38-49 on the season. But our NFL OutKick six pack continues to do well, even with a losing week of 3-4. We’re at 38-23 on the season there.

So here are my NFL picks for the week right off the top, which I gave out yesterday on OutKick and on the radio show this morning: Ravens at Steelers -4, Cardinals -2.5 at Patriots, Chargers at the Bills, the over 53.5, Dolphins -6.5 at Jets, Saints at Broncos, the under 45, Chiefs -3 at Bucs.

As a bonus for new gamblers in Tennessee, Illinois, Pennsylvania, New Jersey, Indiana, Iowa, West Virginia or Colorado, you can bet $5 on the winner of the Thanksgiving games tomorrow, and if you pick the winner, you get a 25-1 payout. So a $5 bet pays back $125. Go get your Thanksgiving bets in now.

I know everyone is fired up with the idea that Mack Brown is going to knock Notre Dame from the ranks of the unbeaten and throw the College Football Playoff race into an uproar, but I’m just not buying it.

This Fighting Irish team under Brian Kelly is far more talented than North Carolina, and the Tar Heels haven’t really distinguished themselves so far this year, losing to both Florida State and Virginia as substantial favorites.

What’s more, Notre Dame has already pissed off the coronabros by managing to come through the field storming after their win over Clemson without a single positive test on the roster. Plus, it’s not like this game is sneaking up on Notre Dame. They’ve had a couple of weeks to prepare, and Kelly has probably convinced the entire Fighting Irish team that they are underdogs by now.

The result? I like the well-prepared Irish by a touchdown or more.

Did you see the way the double-digit favorite Michigan Wolverines celebrated after they beat Rutgers in triple overtime on Saturday night? You would have thought the Wolverines just won the national championship.

Such is life with college kids.

Their expectations are often very different than yours or mine.

While all of us may think 2-3 Michigan is a disaster, the players actually feel like they are rolling now. And I think that roll, aided by a belated quarterback switch, continues this weekend against Penn State, which is in the midst of the most disappointing college football season in the country.

I don’t think Penn State will go winless on the season, but I definitely didn’t think they’d start off 0-5 either.

So take the Wolverines to win by a field goal or more.

Kentucky at Florida, the over 60.5

I wavered on this pick, but ultimately came back around to this fact — Florida hasn’t stopped any offense all year. And I’ve lost faith in the Kentucky defense to stop anyone after the debacle in Tuscaloosa where the Wildcats allowed Alabama to cover the over/under by themselves and after Kentucky gave up 35 to Vanderbilt.

Given that Kyle Trask is in the midst of a Heisman campaign, I don’t see Dan Mullen taking his foot off the gas and, again, I don’t think the Gator defense is going to keep Kentucky in single digits in this one either.

So 45 points for Florida feels like a foregone conclusion. And I also feel like Kentucky has a good shot to hit 21 or more in this one, given the amount of possessions that feel likely.

Boom, an easy over.

This is essentially a bet against USC and Kedon Slovis. Yes, USC was better against Utah this past weekend, but I’m not a believer in this Trojan team after what I saw against Arizona State and Arizona in the first two weeks of the season, two games USC should have probably lost.

Meanwhile Colorado is 2-0 with two close wins over UCLA and Stanford.

Plus, they’ve had two weeks to get ready for this game.

The result? A high scoring game that the Buffaloes cover late.

My prediction for Pitt?

Dabo Swinney and his entire Clemson Tiger team are fired up after the Florida State debacle this past weekend, and they finally get to take out their anger and frustration on an opponent.

That doesn’t bode well for Pitt at all.

Clemson by thirty or more.

The season begins in earnest for Texas A&M this weekend. After a year without massive expectations, the Aggies suddenly have an outside shot at the playoff. All they need to do? Win their final three — or four — games against LSU, at Auburn, at Tennessee and (maybe) Ole Miss, and they’d have a very good shot at the playoff.

So the pressure is getting ratcheted up a decent amount here on the Aggies, who haven’t played a football game in three weeks due to COVID contact tracing.

Meanwhile LSU has avoided a complete disaster of a season, fighting back from a 1-2 start to a relatively respectable 3-3 in conference at this point.

So what happens in this game? I think LSU plays loose and keeps this game inside of two touchdowns, meaning you get a nice cover.

As I was writing the picks column this morning, news came down that Nick Saban has tested positive for COVID and won’t be on the sideline this weekend for the Iron Bowl. (Alabama says that, unlike the first false positive test, this one appears accurate and that Saban is experiencing mild symptoms.)

But I don’t think this changes anything about the game. Alabama is still a monster favorite, and at this point, all the prep work is pretty much done.

Simply put, I don’t see Auburn stopping this Alabama offense at all, and I think the Tide will roll on Saturday. I see Alabama winning by thirty or more, even without Saban on the sideline.

Mississippi State at Ole Miss, the over 67.5

Last year we had the peeing in the end zone game, which ended up costing both head coaches their jobs. This year it’s Lane Kiffin against Mike Leach, and I think the points will rain down in abundance.

So don’t worry about the point spread here, and get ready for a cavalcade of points in the Egg Bowl.

Okay, go get your bets in for Thanksgiving. A $5 bet wins $125, if you pick the right winner. I’m headed out to the beach where Dad is -6.5 to win beach football over the Travis boys. The Travis boys, by the way, are -5000 to start fighting with each other.

Hope you and your family have a fantastic Thanksgiving. 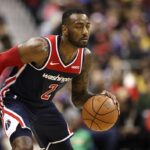 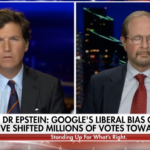