First, the positive news, we finally got an easy win with the blood bank guarantee — Florida won outright and covered with ease.

Now the negative news, the college football gambling picks, let’s be honest, have been a complete disaster so far this year. We went 4-8 last week to run our season record to 29-43.

The only solace I have to offer you is our Outkick Six Pack of NFL picks is doing quite well. So at least if you’re betting those you are doing decently. We are presently 29-19 in those picks and I’ll have six more NFL picks for you on the radio show tomorrow morning.

It’s also fantastic that there is now sports gambling in Tennessee and that for tomorrow’s NFL game you can bet $5 and win $125. You can take either the Titans or the Colts to win and your $5 bet will pay 25-1 if you pick the right winner. So go make your bets here.

I’m headed to this game tonight with my boys so fingers crossed the Titans can get a big division win against the Colts, something they’ve almost never managed to do, and put themselves in good position to host a home playoff game this winter.

Okay, with all this contact tracing madness our available pool of games to bet keeps diminishing — maybe this is a good thing given the rough start to the season we’ve had — but as I’ve always said, the only way to get yourself out of a hole is to keep digging.

We need a really insane 2020 football result and here’s one for you: what if Indiana wins the Big Ten East? I know, I know. But just think about it, beat Michigan State this weekend and Indiana is 4-0. What if their game against Ohio State got canceled? Then they could win their final three games and 7-0 Indiana, no matter what Ohio State did, would win the Big Ten East. (Under this scenario Ohio State would only be able to play six Big Ten games.)

Right now Ohio State, Wisconsin, who hasn’t played in two weeks, Indiana and Northwestern are now the only four teams that still have a shot at the college football playoff in the Big Ten.

So what if we ended up with a Big Ten title game of Indiana against Northwestern?

Michigan State has been beaten by double digits twice and beaten Michigan, which feels somehow perfect.

Meanwhile the great gridiron juggernaut in Bloomington rolls on.

Sure, I could step in front of destiny, but what kind of fool would do that? I’m hopping on board the Tom Allen express and riding it all the way to an easy cover this weekend.

Look, Vanderbilt is trending towards the first 0-10 season in SEC football history. (This is presuming Vandy is able to play 10 game this season, which may be optimistic). This is a record that will never be broken so Vanderbilt’s 2020 football season has a chance to be legendary forever — the year covid came and Vandy attained schedule (im)perfection.

Amazingly the Commodore football team hasn’t quit on the season and fortunately they now get to face a Kentucky team with one of the worst offenses in the conference. So what happens?

For the entire game.

Kentucky can’t score and neither can Vanderbilt.

The result? A low scoring game with the under hitting. (The under 42.5 has hit in six of the last eight games between these two teams).

And enjoy your double win.

Back in 1993 Notre Dame beat Florida State, the then number one team in the country, and the next weekend they traveled to Boston College and lost.

Will history repeat itself?

But I do love Boston College with a two touchdown cushion in this game.

The Razorbacks are the best story in the SEC this year.

Picked to potentially go 0-10 they have managed to already hit three wins and still have four games left.

So what happens in this game?

I think we get a shootout.

Florida goes for over forty points and Arkansas hits 28.

That gives you an easy over and an easy cover.

Last week I backed the Wolverines and they got absolutely destroyed at Indiana.

This week I’m not making that same mistake.

I know, I know, there are all sorts of uncertainties about Wisconsin’s gameday situation after their covid outbreak and we’ve only seen the Badgers play one time, but here’s what we do know: they’re not Michigan.

I just don’t see how anyone can trust the Wolverines at this point after the past two games they’ve played.

The Badgers roll into Ann Arbor and win by a touchdown or more.

South Carolina at Ole Miss, over 70

Look, I could give you all sorts of stats here, but here’s all you need to know, Joey Freshwater only cares about two things: coeds and points.

With bars mostly shut down all he’s got to focus on is points.

And they will rain down aplenty in this game.

That average is going up in this game.

Because I see Ole Miss scoring 48 and giving up 35.

I’m not a math wizard — I did go to public school in Tennessee after all — but even I can see that’s way above 70 points.

Hotty toddy, take the over.

Okay, kids, hopefully we can hit 8-0 this weekend and get back to posting some wins in the gambling game.

In the meantime, all you Tennesseans — or people living in bordering states to Tennessee — reading this right now: get your bets in for the Titans or the Colts to cover tomorrow. A $5 bet wins you $125 if you pick the right winner. 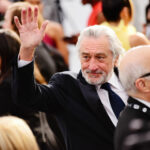 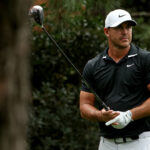