On today’s Outkick the Show, Clay Travis shared more positive news on the coronavirus front. Clay continued by calling out the NBA on their blatant hypocrisy and commented on Adrian Wojnarowski’s suspension. Clay then talked about NBA hypocrite Le Bron James’ moronic tweet “Free Woj” while he refuses to tweet “Free Hong Kong” because China forces him to “shut up and dribble.” Clay then shared his thoughts on the Washington Redskins’ decision to change their name and then commented on Russell Westbrook’s positive test for the coronavirus and suggested the NBA shift their focus to finding which players already have the antibodies. Clay also shared how groupies/side-chicks might end up popping the NBA’s bubble. “The biggest threat to the NBA’s season season might be because of some groupies trying to get snuck in to the bubble. Their billion-dollar bubble may end up getting punctured by side-chicks.” Clay concluded by commenting on the idiocy behind the decision for Los Angeles schools to not open in the fall. 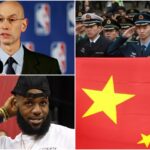 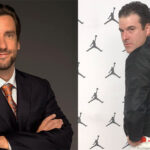