The OutKick Six Pack, 41-25 on the season, is back with more winners. Here are the picks for Week 13 of the NFL season.

Bet $5 on either the Titans or Browns, and FanDuel will boost your odds to an enormous 25/1 (+2500), valid for new users in TN, IN, and IL only. The boost opportunity shows up in the FanDuel Sportsbook after your first deposit.

All right, Lions at the Bears. It’s a sad game in the NFC North. Mitch Trubisky is starting for the Bears, and Matthew Stafford and the Lions seem to have given up the ghost on the season. We know how good the Bears defense typically is. We also know that the Bears offense cannot score. The Lions have kind of fallen apart a little bit. Consider the under at 44.5.

Indianapolis, coming off of a tough home loss against the Titans, goes on the road against the much-improved Houston Texans under Romeo Cornell. Deshaun Watson is playing really well. Here’s the problem: Will Fuller is now out for the rest of the season. He has been the best deep threat for the Houston Texans for several years.

The past couple of weeks, both Aaron Rodgers and Ryan Tannehill had success exploiting a Colts defense that looked so good early in the year. We’re probably going to see Houston have some success too. Indianapolis will move the ball well. Consider the over 51 in this one.

Dolphins at Bengals (Under 42)

Tua has been benched. Ryan Fitzpatrick is back behind the wheel. Miami is a huge favorite in this game, but this is likely going to be a low scoring game. The under 42 is the play here.

The Raiders were awful against the Falcons, likely because of a hangover from the way they lost against the Chiefs. The Raiders will show up and run over the Jets, who have nothing left in the tank.

Even though the Chargers can find inconceivable ways to lose, this is a game that they can win against a very disappointing Patriots team with Cam Newton at the helm.

This game will take place in Arizona after the 49ers were forced to move out of Santa Clara County temporarily. This is a must-win game for the Bills, and since this will be the first game the 49ers play in their new temporary home, Bills should be in a good spot.

AM @outkick is great with @CoachChadwell discussing the BYU-Coastal game — he calls it the Mormons vs the Mullets — & @TheLanceTaylor & @BarrettSallee talk CFB & NFL. Go listen & subscribe: https://t.co/ZrGcq2EHMt 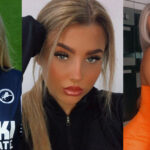 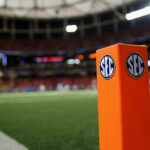