There’s been a ton of talk of late about how privilege impacts American society in the present day. Unfortunately there are lots of unresolved disputes about competing privileges. For instance, what happens when there are multiple privileges at stake? How do you know who has the most privilege or the least privilege?

Well, I think everyone will agree that there is no one better suited to rank privileges than a gay, Muslim, man who is 1/32nd black. After all, all you straight Christian white people are out here trampling on maligned people like myself all day long, every day with your privileged microaggressions.

TRIGGER WARNING: WE AIN’T GONNA TAKE IT ANY MORE.

So here we go with Outkick’s definitive privilege rankings. I would suggest you go ahead and print out this privilege chart and carry it around with you for handy reference.

I would also suggest that the United States court system do away with the concept of equal justice under the law and simply refer to my handy privilege guide to determine all legal disputes.

There is no group of people in America today who benefit more from privilege than hot chicks.

Hot chicks of all races and religions can literally get away with anything.

Who else can get filthy rich without doing anything other than being born? (I mean leaving aside rich white people who inherit money). That’s the very definition of privilege. You don’t have to go to school, you don’t have to get a job, if you are hot enough a rich dude will marry you and then you get to spend the rest of your life going to Orange Theory classes and making smoothies in yoga pants.

Hot chicks can get away with more than anyone else in America. They are the privilege queens.

Hell, earlier this week two Alabama football players got off on drug and weapons charges because the district attorney cited air conditioning privilege. That’s how hard people are working to deny what’s right in front of them, they’re making up bogus privileges to deny athlete privilege exists.

The most important color in American society is green. If you have enough money, the rules don’t apply to you.

This means that the most privileged person in America today is Maria Sharapova, a hot female athlete who is rich. Which means that she really fucked up since she managed to get suspended from tennis for two years.

We all hate you, Maria!

If you lived in 95% of the countries in the world, your bitch ass wouldn’t be able to sit around on Twitter all day complaining about other people’s privileges.

Hey, idiot, YOU ARE PRIVILEGED TOO.

Now go get a damn job.

Or at least stand outside with a sign in the hot sun protesting instead of RT’ing losers.

You know how it’s wrong to judge people based on physical characteristics that they can’t control?

Well, go to any woman’s online dating profile. No matter how tall she is, she won’t date a short dude.

Just the way it is, sorry.

You know what doesn’t exist at all — skinny shaming.

You know why? Because skinny people fucking rule.

Especially skinny people who can eat whatever they want and never put on any weight.

Honestly, if you’re bald and you’re reading this, I’m sorry, but it isn’t just your imagination — those of us with great hair know our lives are better than yours.

What’s it like to have 43.5 of the presidents on our team?

We’ve also got the beaches on 30A, hockey, super low rate mortgages, flip flops, lacrosse, ease hailing taxi cabs, and the United States Senate on lockdown. All of those things are pretty great.

But you know what the greatest white privilege is?

Hate to brag, but unless you’ve found Jesus, you’re spending your life in hell.

Sorry those are just the facts.*

*(In my book of opinions that many people I don’t know wrote in a different language long ago and then adjusted based on political decisions in ancient history. And then mistranslated into my own language. But it’s the literal word of God, hater.)

Yeah, Donald Trump and his wall really sucks, but things could be worse.

You could be in any other country other than America. Plus, at least you’re inside the wall!

That’s the only straight privilege I can think of.

Also, we can wear capri pants.

14. Religious Privilege for religions that don’t have many adherents.

Sure, you may have no idea what we believe in, but we’re not atheists or Muslims, that’s something.

Things could be worse, you could be…(look beneath us)

Yeah, I’m sorry about this.

But, calm down, it’s not like we’re doing anything crazy like nominating a presidential candidate who wants to prohibit you from immigrating to our country based on your religion.

Asians are the only minority group in the country that get discriminated against because they’re too successful. Asians even had to sue Harvard because the school instituted a quota system to limit Asian admissions.

Unfortunately that means that the single most discriminated people in America today are Asian Muslims.

They have negative privilege.

You guys lose the privilege wars.

There, that’s it, the privilege checklist is 100% complete.

Print and refer to this as you see fit. 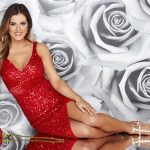 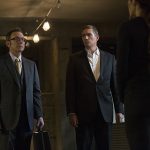