Travis is Al Capone, a flamboyant and defiant habitual criminal who brazenly flouts the mainstream media-driven prohibition of liberal dissent.  A high-profile target on the media’s Most Wanted list for nearly a decade, Travis is now Public Enemy No. 1, replacing Barstool Sports crime boss Dave Portnoy.

That leaves Don SEC and his growing Nashville organization as America’s most dangerous sports media crime family. The “Southern Syndicate,” as Outkick is affectionately referred to throughout the Southeastern Conference, recently welcomed convicted serial media murderer yours truly, Jason “Big Sexy” Whitlock, into its family.

I escaped the media’s death row, surviving a character-assassination attempt while at ESPN and shaking off golden handcuffs at FOX Sports. At Outkick, I have risen from my writing death, firing off a series of columns exploring my Christian faith, Twitter’s secular influence on American culture and the fraudulence of the Black Lives Matter movement.

The alliance Travis established with me is Don SEC’s most heinous media crime. The COVID trial/takedown piece the Daily Beast published Sunday is collaborative retribution for my death row escape, and the retaliation was authorized by my former captors. Travis’ COVID trial mirrors the tax-evasion case that upended Capone’s run as the boss of Chicago. Unable or unwilling to prosecute Travis for his true crime — partnering with and empowering an emancipated black man — Silverman and the Daily Beast settled for litigating Corona crimes.

The Corona trial was headlined as an “inside” look at the “right-wing website pushing COVID trutherism.”

A more accurate headline would be: “A Racist Attempt To Punish Clay Travis And Jason Whitlock For Partnering.”

That is what this is all about. Robert Silverman and The Daily Beast are openly racist. They work at the behest of and collaborate with other anti-black racists who hide their agenda under the hood of the label “liberal.”

America’s most powerful anti-black bigots ditched KKK hoods and sheets 50 years ago and replaced them with a political moniker — liberal. It was a brilliant strategy. It allowed them to keep their friends close and pull their enemies even closer. We have been programmed to believe the word liberal is the birth-control pill for racism. It’s not even a condom. In fact, it’s worse than just the tip. Liberal is the Shawn Kemp of bigotry. It allows white guys like Silverman to normalize their promiscuous bastardization of anti-black racism.

People mistakenly believe I deny the existence and impact of anti-black racism. It’s not remotely true. I disagree with the mainstream media’s narrative that racism is a tool used most often by white conservatives. Racism is the preferred weapon of white liberals. It explains their guilty conscience and their inclination to advise black people to adopt strategies that ultimately work against our advancement.

We can survive the name-calling of an angered adversary. It’s the bad or misleading advice from a trusted source that kills.

They celebrate young, easy-to-manipulate athletes as thought leaders and denigrate any accomplished black man or woman who dares to publicly challenge their destructive strategy for black people.

The Black Lives Matter ploy is from the same bag of tricks that convinced black people Bill Clinton’s three-strikes crime bill would benefit us and that a welfare check was a worthy replacement for a father in the home. Defunding the police is going to further destabilize and cannibalize poor inner-city communities. The violent crime rates are already skyrocketing in the neighborhoods most hostile to police.

How many times are we going to fall for the banana in the tailpipe? Should we perhaps reconsider taking our leadership cues from the pro jocks approved by white liberals?

At age 35, LeBron James has yet to master the art of conjugating verbs to subjects, but white liberals hail him as one of America’s most important voices on race. Name me a white jock as inarticulate they would laud as an important voice on any topic, let alone a topic as complex as race. Colin Kaeperinick’s white liberal handlers won’t even allow him to speak. Somehow he’s analogized to the Louisville Lip, Muhammad Ali.

None of this is coincidence. When it comes to black leadership, white liberals prioritize dumb, dead and devious.

Black people who fail to meet one or all of those categories are to be destroyed or ignored by well-intentioned white liberals. Deadspin tried to destroy me in 2014 and 2015 when former ESPN president John Skipper stumbled into empowering me as head of The Undefeated. Gawker employees Tommy Craggs, Tim Marchman and Hamilton Nolan were contracted for my character assassination. They ghost-wrote a series of stories under the byline of an easy-to-manipulate black kid, Greg Howard.

I survived. Here I am at Outkick, making Clay Travis even more of a target.

White liberal racists do not want white and black people working together. That is at the root of their support of Black Lives Matter. Racial division and polarization are the end game.

How do you accomplish that?

The key, in my opinion, is to get people of all races to abandon their religious faith and interpret the world through the lens of skin color. The New York Times, the bible of white liberals, published a historical narrative, the 1619 Project, that argues America’s narrative arc can be explained through the lens of black slavery.

The 1619 Project desires to be America’s Mein Kampf. It’s an intentional genocidal distortion of American history.

As it relates to race, America’s narrative arc is a story of Believers of all races methodically shaping this country into the world’s leader in equal opportunity, justice and freedom. The abolitionists who fought to end slavery were mostly Christians. The men (on both sides) who sacrificed their lives in our Civil War were mostly Christians. Rev. Martin Luther King Jr. and the black church ended Jim Crow.

Is America perfect? No. Has it improved in each decade since its inception 244 years ago? Yes. Is the secular movement championed by liberals flirting with throwing away that progress? Absolutely.

The white bigots wearing liberal hoods want to stop America’s racial progress. They have convinced a large swath of black people that Democratic politics is our salvation far more than our religious faith. Barack Obama has been installed as a false god. LeBron is Obama’s top apostle, registering voters and evangelizing for politics from his social media pulpit.

Under the pretense of fighting “far-right” bigotry, Silverman and the Daily Beast attacked Travis for partnering with me and providing a platform for an Asian doctor, David Chao. Silverman pretended to be offended that in a brief press release announcing Chao’s association with Outkick Clay failed to mention a handful of lawsuits filed against Chao.

Is there a company that does that in press releases?

Silverman is lying. He’s racist. Outkick’s diversity of partners, employees and thought infuriate Silverman and the Daily Beast. The new Outkick is less than two months old and the impact of our work is already being recognized at the highest levels of government and sports.

In his poorly constructed, 4,100-word story, Silverman criticized me for pointing out that Kansas State athletes elevated the profile of a misguided classmate who cracked a poor-taste joke about George Floyd, the ex-con murdered by Minneapolis police officer Derek Chauvin.

Silverman couldn’t reduce himself to contacting me for comment. I’m beneath him. He emailed Travis and Chao directly. He asked Travis to defend my column.

It’s a clever tactic white liberals have used against me throughout my career. They contact the white executive they believe supervises me and ask him or her to explain my columns addressing race. The executive can’t explain it. My writings on race are cutting edge and provocative, and defense of them requires a level of expertise and boldness missing from mainstream corporate media.

The executive put in this position quickly reaches the conclusion the best way to avoid uncomfortable phone calls from white liberal bigots and their black puppets complaining about my work is to place restraints on what I write or say.

That’s why I departed corporate media to partner on my own platform. Freedom. I wanted the same freedom enjoyed by Portnoy, Joe Rogan, Bill Simmons, Ben Shapiro, Adam Carolla and countless others.

Rather than start from scratch, Clay Travis offered to share power with me at Outkick. I loved this idea because of what it signified in this era of racial polarization.

The people who fear what Clay and I represent in partnership will mischaracterize our work and us. A black man and a white man agreed to work as partners. They hired an Asian man to contribute to their work.

The Daily Beast characterized the collaboration as proof of “far-right” racism.  Silverman’s white privilege includes the right to twist a set of facts to paint whatever conclusion serves his bigoted liberal agenda.

I can promise you this. The allegedly well-intentioned, trusted racists advising black people to self-destruct will not like Outkick. People who still believe in the American melting pot will love Outkick. We will be a sanctuary for lovers of truth, authenticity and fairness. 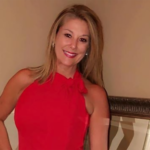 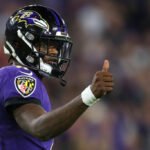