What in the world is going on at Ohio State where Saturday’s attendance hit a 50-year single-game low that hadn’t been seen at the Horseshoe since a 1971 game against Iowa. In an email to longtime Ohio State writer Jeff Snook, athletic director Gene Smith made a number of sobering observations as to why just 76,540 fans showed up for the Buckeyes lackluster win over Tulsa in a game where the OSU defense gave up 501 total yards to the Golden Hurricanes.

The attendance factors according to Smith:

• The opponent wasn’t exactly exciting — this week, Akron comes to town and Ohio State is a 52-point favorite

• “Disappointment with Oregon loss-cannot ignore this fact, considering our amazing run. I am sure I am missing something, but so appreciative of those who showed for the Oregon and Tulsa contests. This is a young team in the process of being built. The league is the toughest it has been in a long time. Our fan support for the home games versus Big Ten schools will be critical,” Smith wrote to Snook.

While all those factors played a part, the fact remains that ticket prices have gotten out of control, and it appears Ohio State fans have hit their breaking point with a program that had a face-value price of $160 for the Oregon game cheap seats. The Tuesday before the Oregon game, Ohio State made the huge news that it had 10,000 tickets remaining for its big feature game of 2021.

Then it followed up that $160 ticket with a $63 cheap seat to see Tulsa and Akron will be $66. Oh, and as Snook writes, each ticket also includes a $10 handling fee.

Yeah, but what about ticket prices at other big-time schools? They must be charging the same as Ohio State for blowout games. A quick check of Alabama’s ticket site reveals you can buy a cheap seat to the New Mexico game in November for $25. A cheap seat for a November game against Arkansas will run $75. Again, Ohio State has a face value of $66 on a game against Akron. 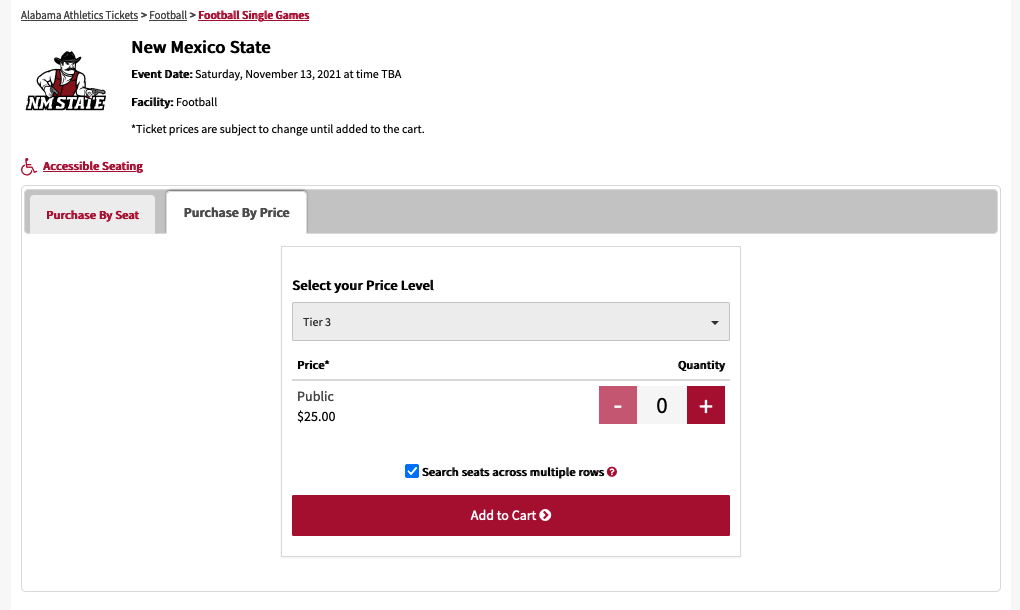 At Clemson, a cheap seat to its blowout game against UConn will run $45 while the cheapest ticket available from the school’s ticket off for the Florida State game is $90. 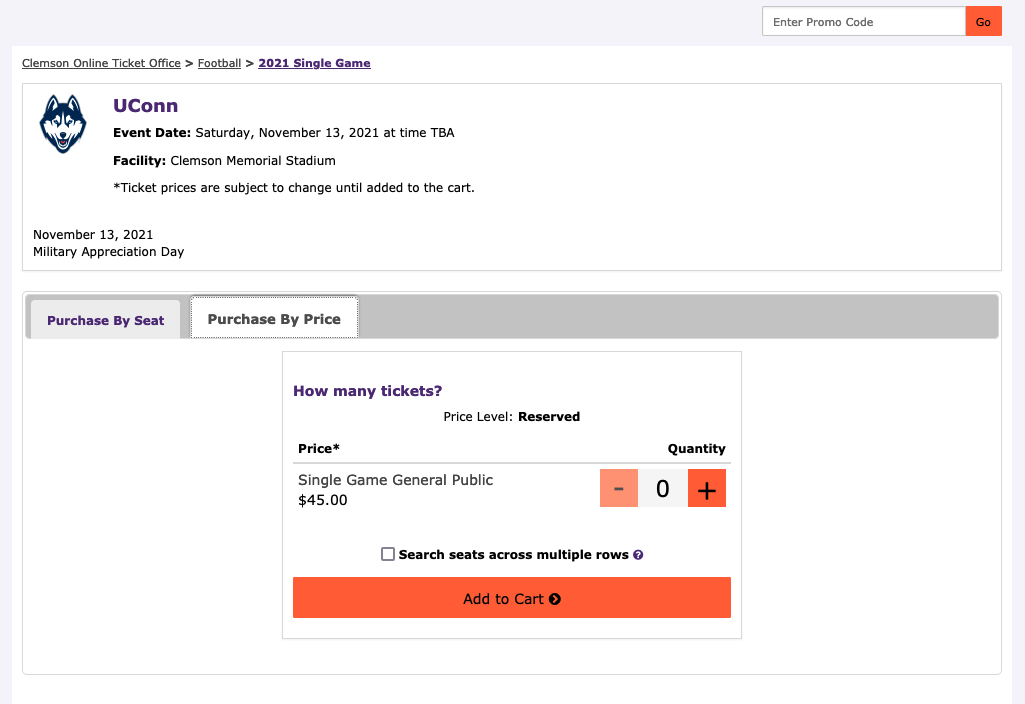 Georgia’s blowout game against Charleston Southern on November 20 will cost $55 while an October SEC matchup against Arkansas will cost $75.

Meanwhile, if you thought Ohio State’s $160 cheap seat for the Oregon game was steep, the Penn State ticket has a face value of $210! Yes, at that price there are plenty of areas inside Ohio Stadium for fans to buy up before the Halloween Eve game takes place.

Two tickets, after $20 in handling fees and a $4 processing fee, will cost a customer $444. Those wanting to take the family for a big night out at the huge Buckeyes game will fork over $884 for four tickets to see a Big Ten game and sit in the upper deck. 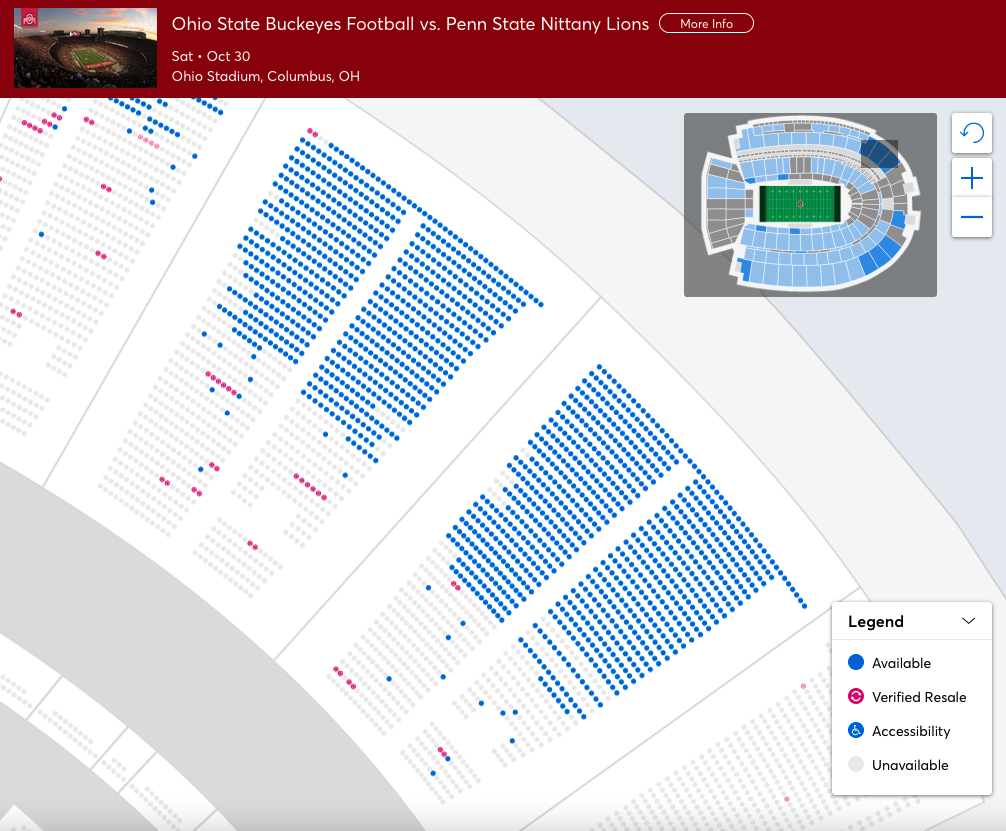