Fans in the stands or it isn’t happening at Mercedes-Benz Stadium. That’s the word from Chick-fil-A Peach Bowl president Gary Stokan who says fans have to be allowed in or the game just can’t go on at his facility. “If there are no fans allowed in the stadium, then we can’t do these games primarily because we only exist in our budget on ticket revenue and sponsor revenues,” Stokan told the AP.

Stokan negotiated three kickoff games at the Benz: Florida State-West Virginia, Georgia-Virginia and North Carolina-Auburn. He didn’t tell the AP what the attendance number would need to be in order to hold the games, but we already know the Falcons have announced they plan to have 10,000 to 20,000 at home games this season. Will an attendance in that range be enough to allow the kickoff games to go on even if the conferences give teams the go-ahead to play? That’s something Stokan will need to figure out fairly quickly because he needs to buy masks and be ready for the West Virginia-Florida State game on September 5.

What kind of financial loss are we talking here? Stokan says we’re talking $100 million in economic impact that would disappear for Atlanta. He’s also pitching replacement games like a Notre Dame-Alabama or Notre Dame-Miami if it comes down to certain schools pulling out. At this point it sounds like Gary Stokan will take pretty much whatever he can get to fill his dates and put a game on television.

Now he just needs teams to say for sure they’ll be there and fans too.

Could the neutral-site kickoff game be played in an empty stadium? No.

Are there talks among bowl executives and the CFP to expand the Playoff in this weird year? No. 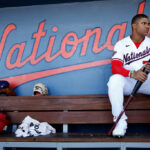 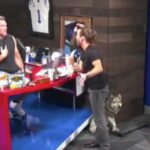