Since ESPN costs nearly five times more than any other cable station, the threat of cord cutting looms large for ESPN. The network — and its parents company Disney — has more to lose from cord cutting than anyone. Here are the ten most expensive cable channels per month according to SNL Kagan’s most recent estimates. I’ve bolded the six channels that feature sports programming. (TNT and TBS aren’t just sports, but it’s a big part of their cost):

For you and me and just about everyone reading this right now the cable bundle’s a pretty good deal for us. That’s because we get a lot of sports for not that much money. But what about all the people who don’t watch sports and subsidize our sports costs? They’re allowing us to get sports content for less than we otherwise would pay. So as society moves more and more towards a pay for what you watch model, the concept of the bundle is going to continue to diminish.

Already the loss of seven million subscribers in the past two years has cost ESPN in the neighborhood of $600 million a year in revenue, but what would happen if consumers had a true a la carte model and could choose whether to pay for ESPN and ESPN2? BTIG research just polled consumers and the results were alarming for ESPN: 56% of all cable subscribers would remove ESPN rather than pay $8 a month for ESPN channels.

That means that over half of ESPN’s revenue is a product of the bundle. That is, consumers aren’t selecting ESPN, they’re selecting bundles without being aware of what they pay for ESPN. Extrapolating these results, of ESPN’s current 92 million subscribers, only 40.5 million households would actually keep ESPN as part of their cable and satellite packages. That means ESPN would lose another 51.5 million subscribers in an a la carte model. Presently ESPN is doing around $7.3 billion a year in revenue for ESPN and $916 million for ESPN2. That’s still $9.2 billion in yearly subscriber revenue. But if consumers could select their own channels and BTIG’s research is accurate that would knock ESPN’s revenue down to $4 billion.

Right now ESPN pays $1.9 billion a year to the NFL for Monday Night Football, $1.47 billion to the NBA, $700 million to Major League Baseball, $608 million for the College Football Playoff, and hundreds of millions more to the SEC, the ACC, the Big 12 and the Pac 12. At an absolute minimum it would appear that ESPN presently pays out nearly $6 billion a year to sports leagues just in rights fees. The money from those rights fees comes from our cable bills. And, significantly, from tens of millions of people who will never watch a single game on ESPN.

I’m not a math expert, but if you’re paying $6 billion a year in rights fees and you only bring in $4 billion in subscriber revenue, that’s not good. Add on top of that that advertising, which represents around a quarter of ESPN’s revenue, would plummet as well. Hell, it’s already happening. ESPN had to make up for ratings shortfalls with this year’s playoffs.

But it gets worse still.

What about over the top? ESPN can go direct to consumers and charge them for the network, right? Not according to BTIG research. How many consumers would be willing to pay $20 a month for ESPN channels? Just 6% said they would. 85% said they wouldn’t pay it and 9% weren’t sure.

That sounds insanely low, but it squares with the difficulties that over the top sports networks have found selling their product direct to consumers. Diehard sports fans are a substantial minority of the population. Do you know how many households buy NFL Sunday Ticket? Just two million, or ten percent of the twenty million subscribers that DirecTV has. The WWE is wildly popular and its network costs just $9.99 a month. So far the WWE has just 1.2 million current subscribers.

Put simply, I don’t believe ESPN can go over the top and make anywhere near the money that it makes from the bundle presently. ESPN knows this too, it’s why it isn’t going over the top right now. Indeed, the moment ESPN starts an over the top offering, many cable and satellite companies would drop ESPN from their existing bundles, meaning the company would be chasing a smaller market while losing a bigger one.

That’s especially the case when you consider how seasonal a direct to consumer ESPN business model would be. It’s one thing to pay money for ESPN during football season, but who in their right mind is paying outside of football season? You can get the NBA on TNT and the NBA Finals are on ABC. Not to mention many of the regional sports networks also carry local games. No one cares about national major league baseball games during the summer and if you do care you can watch your local teams or subscribe to Extra Innings and get all the games. ESPN doesn’t have major golf coverage, they don’t have NASCAR, they don’t have the NCAA tournament or the NHL. They don’t have the World Cup or the EPL. Other than football and the college basketball regular season — which a tiny number of sports fans actually watch — what would you pay ESPN for? (Other sports networks would face potential losses in a debundled era, but nothing like ESPN. NBC, Fox and CBS all put their best sports programming on broadcast television. The World Series, the golf Majors, the Triple Crown, the World Cup, the Super Bowl, the SEC and Fox games of the college football week, all of these events air on broadcast television for free and their cable channels don’t cost very much.)

Plus, keep in mind that the only NFL games ESPN has are Monday Night Football. Every other NFL game except for eight Thursday night games is available for free over NBC, Fox, or CBS. Really, it’s just college football that ESPN offers. And given its current financial constraints will ESPN be able to pony up and keep the Big Ten? Even if ESPN went over the top, would you really miss anything if you subscribed for football season and stopped after that? In other words, it’s not just that people are cord cutting, it’s that many people wouldn’t subscribe to ESPN all year around even if over the top was available. Even the majority of hardcore sports fans would want to subscribe on a monthly basis, primarily for football, and then unsubscribe and save money for the rest of the year.

Nearly five years ago I wrote this article on Outkick at the very height of ESPN’s power. The subscriber bundle had crested just a month before this article was published. Go back and read it today:

“But today I’m here to tell you that ESPN has already lost the battle for the future of sports.

It will take years for others to recognize this fact, but ESPN’s power in the world of sports will be on the wane each year going forward.

And it all comes back to that basic premise — ESPN is a glorified middle man whose role is increasingly unnecessary.

My thesis is simple, ESPN owes its position of dominance to the fact that it has managed to create the largest distribution network in the world of sports. That is, ESPN can bring sports programming to more people than anyone else in the world. That ability used to be unique. No longer. As we move towards a world where computers, Internet streams, and cable all meld into one device, ESPN’s place in the sports arena becomes obsolete.

Before you dismiss this idea, let me ask you a simple question: what does ESPN create that you absolutely, positively must watch? (Exclude all games from this equation because ESPN doesn’t create any of those, it just airs them in partnership with the leagues).

ESPN knew that they didn’t really create anything original that people watched in large numbers, they just distributed sports through a rigged system. The vast majority of people paying for ESPN still have no idea they’re paying for it because the cost is buried inside a cable bundle. Can you think of any other business constructed this way today, where consumers pay an uncertain price for something they wouldn’t even choose to buy on the open market? It’s insanity. Yet this was ESPN’s business model for the past 25 years.

And the company got insanely rich off of it.

ESPN’s idea for the future was simple: buy as many sports rights as you possibly can to help protect yourself from cable competitors like Fox Sports, CBS and NBC. Those rights — there are only so many games — would create a huge moat around the ESPN castle to protect the company from competitors. The problem was, that moat has ended up flooding the company instead.

ESPN built its business model on the cable bundle.

And the bundle is dying.

Unfortunately for ESPN — and its parent company, Disney — those sports rights fees stretch long into the horizon, far longer than the cable bundle will exist in anywhere near its present form. And ESPN has no real ability to go over the top to consumers to recoup the money they’ll be losing. They can’t charge enough to replicate the money they make off the cable bundle.

Increasingly, it’s hard to see any future for ESPN that is very profitable at all.

Indeed, it’s hard to come to any conclusion other than this one: ESPN is a dead company walking. 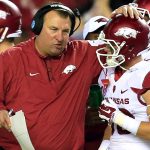 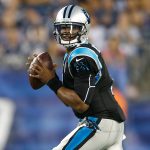