When I was in college, I thought that when my friends and I grew up and went to games that we’d have these put-together, responsible weekends. NOPE. Alabama, my alma mater, brought my friends to my city to open the season. Recipe for disaster.

The Big 10 was rolling into town, and those of us in the more dominant conference know not to wear t-shirts to the game. Hemline Dallas came up big with the perfect game day outfit for the smothering Texas heat. I didn’t blend in with the t-shirt fan base, or in Barstool Big Cat’s case, the dickie-under-a-sweatshirt crowd. 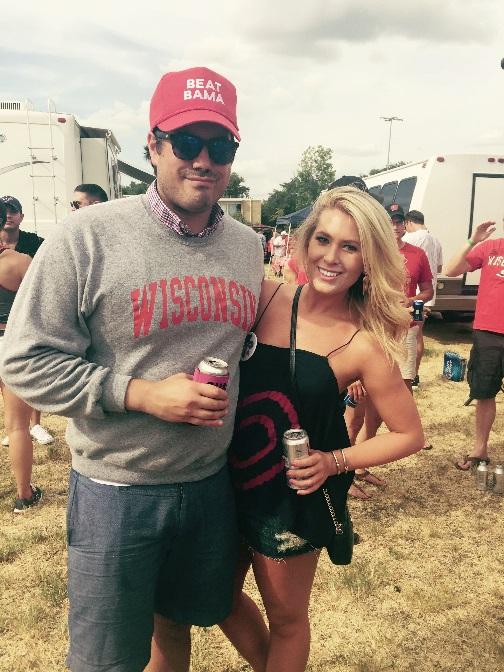 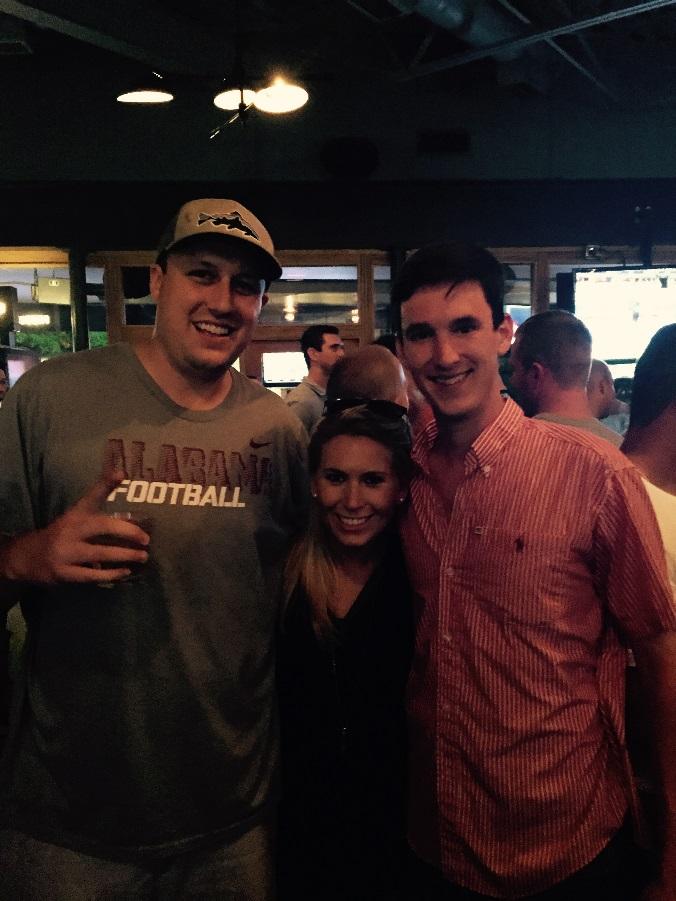 Saturday morning means margaritas, because Texas. We all head to Mi Cocina (in Highland Park Village, because that’s the best one) for a pre-game lunch, then we’re off to Jerry’s World. The plan for the day was for the Barstool Dixie bus to write another chapter of the Barstool/Outkick love story. Portnoy has the Barstool Dixie guys slumming it with barely functioning AC, and it’s 102 and humid outside. 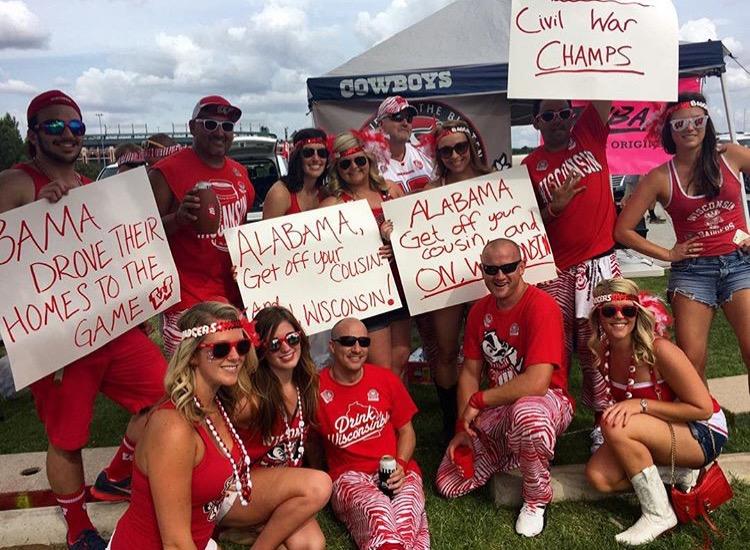 We mingle with fans, and by fans I mean Sam Dekker and posse. Up until midday Sunday, I didn’t even realize that was him. Whoopsies, go sports! The Wisconsin fans were all very nice, even the one who had a Clay jersey. 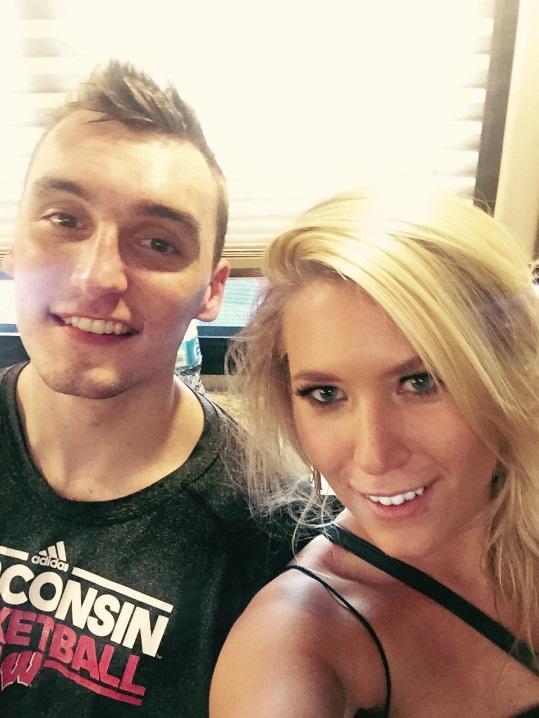 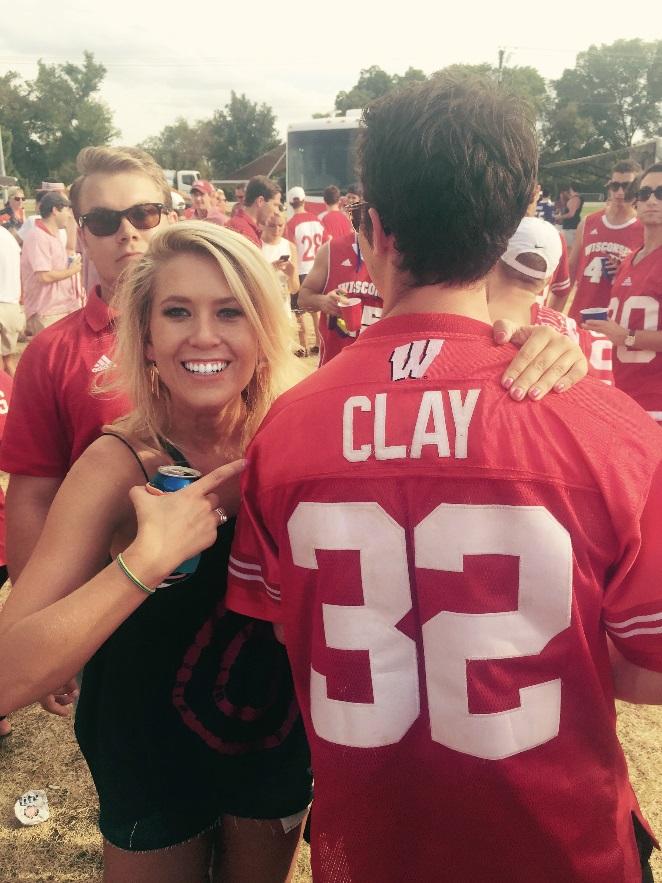 After we couldn’t take the heat it was off to take pictures of tailgates, which my guy friends did not mind in the least bit. We found Bama linebacker Reggie Ragland’s family, who are OKTC fans, and even some LSU fans who came because they hate Alabama so much. There was a lot of time to kill since it was a 7pm kickoff. With the exception of Ole Miss, there isn’t a fan base who needs a night game less than Alabama. (Ironically, the Alabama vs Ole Miss game doesn’t kickoff until 9pm, so get ready for fantastic people watching.) 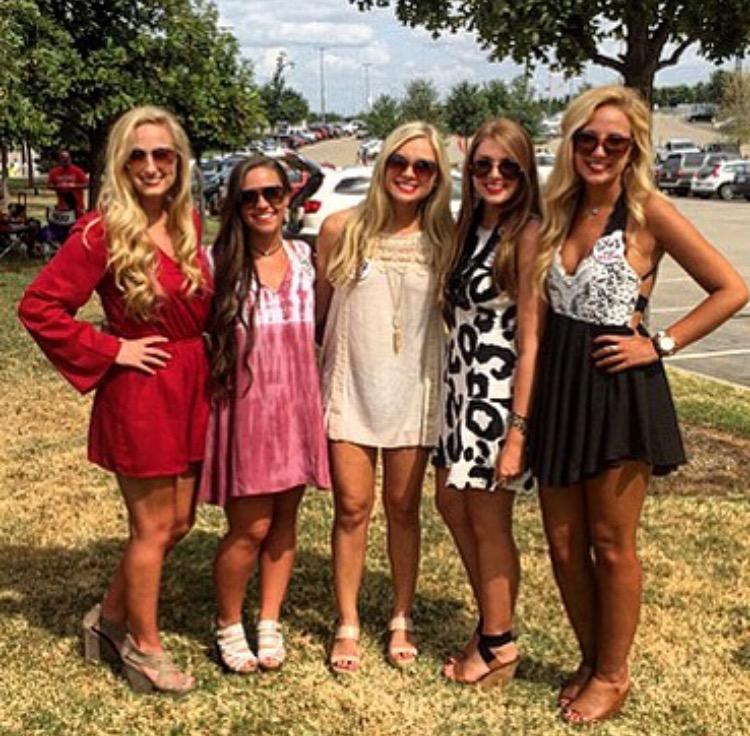 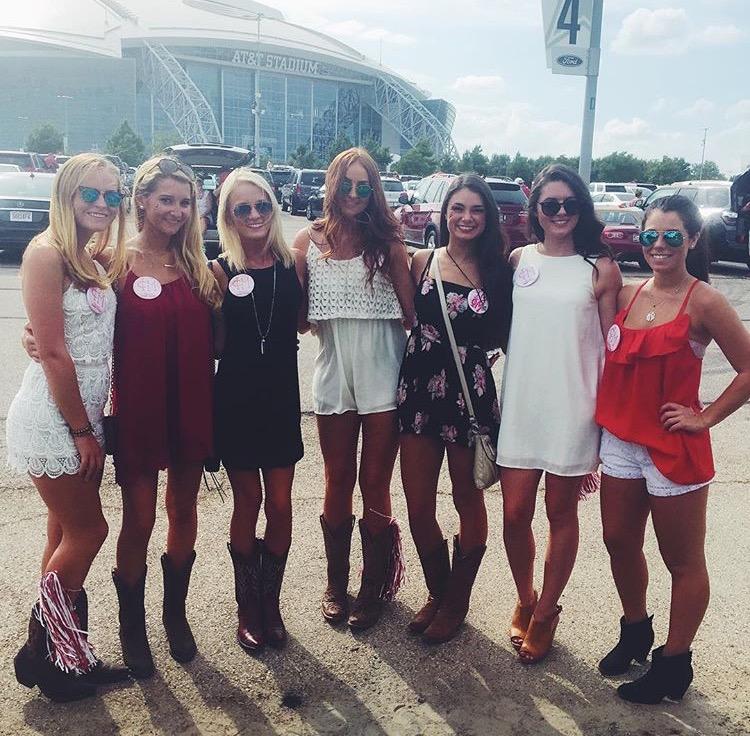 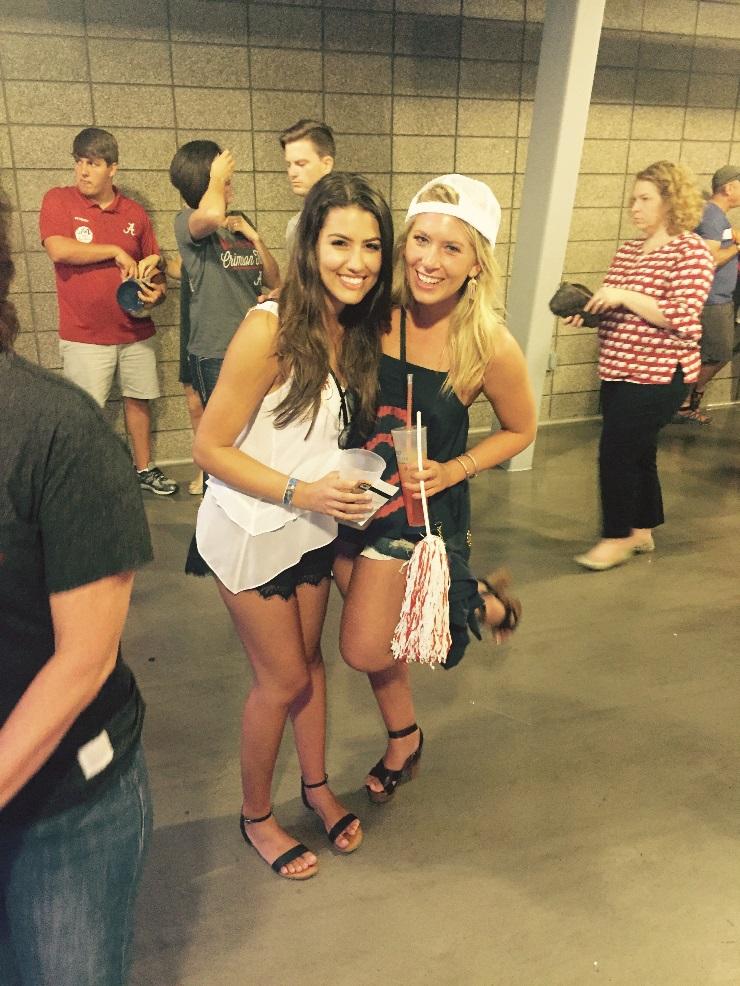 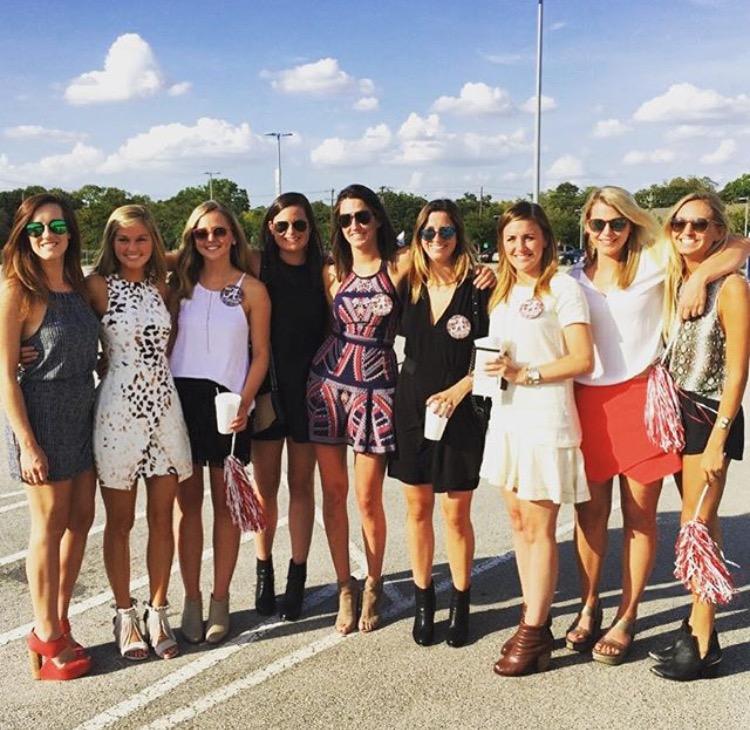 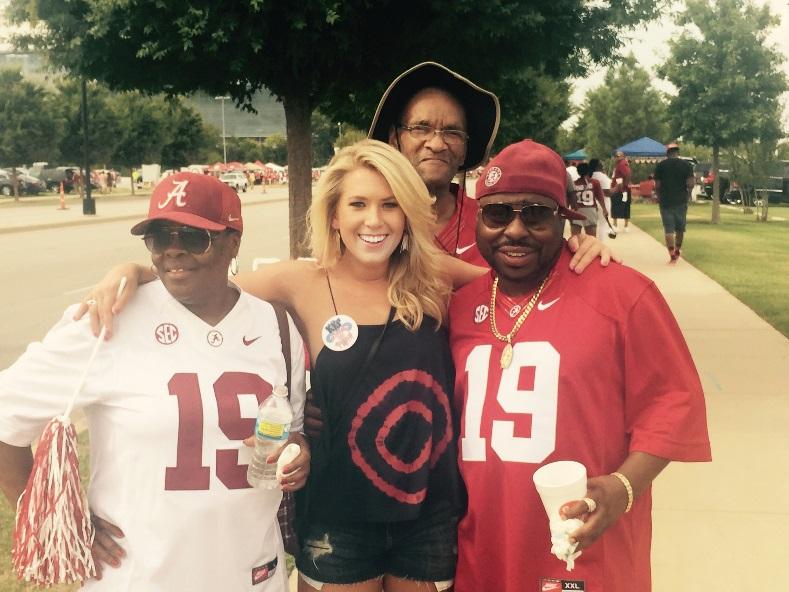 I was most excited about my “Make Alabama Great Again” hat delivered to me by Alabama’s favorite (and blocked by Clay) Gump, Hunter Johnson. Only at Alabama can you not win the Title game two years in a row, so there’s a campaign to turn the program around. Everyone kept trying to take it. 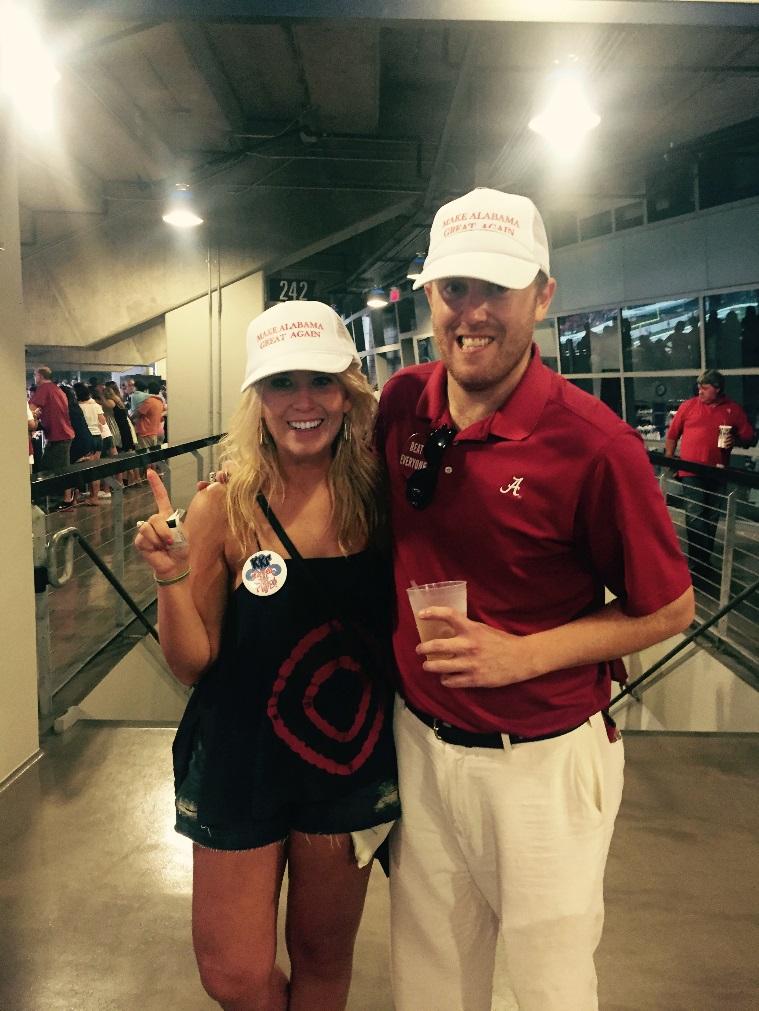 Once we watched all FOUR Alabama QBs warm up, we headed to our seats. I went to the game with one of my good guy friends who is also blocked by Clay on Twitter. Sensing a theme here?

We’ll just go ahead and address the elephant in the room; Alabama still doesn’t have a kicker. Death, taxes, and Alabama not having a kicker. Consistency is key you guys. The Tide rolled, Lane Kiffin still looked SO HOT, and Derrick Henry is pretty good at this football thing. Rammer Jammer, how I’ve missed you.

After the game I ride a party bus back home. We’re now “adults,” so we can “splurge” on a party bus for transportation. This is what happens during that awkward age after your friends on the 5-6 year plan graduate and move away from your college town but before anyone has enough money to buy game day condos. It’s a recipe for a miserable Sunday, but safety first. 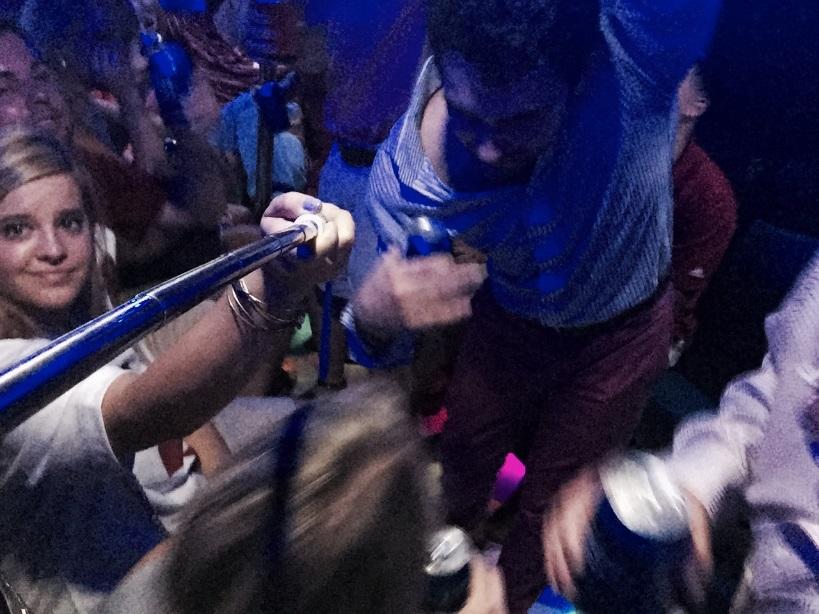 Sunday would normally mean we all needed to get ready for the week, but CFB beautifully gave us that extra day week one.

If I didn’t show you some jorts, did I even go to an Alabama game? The weekend ended with these two grown men in jerseys cheering that they get to start their work week with Clay’s anonymous mailbag. 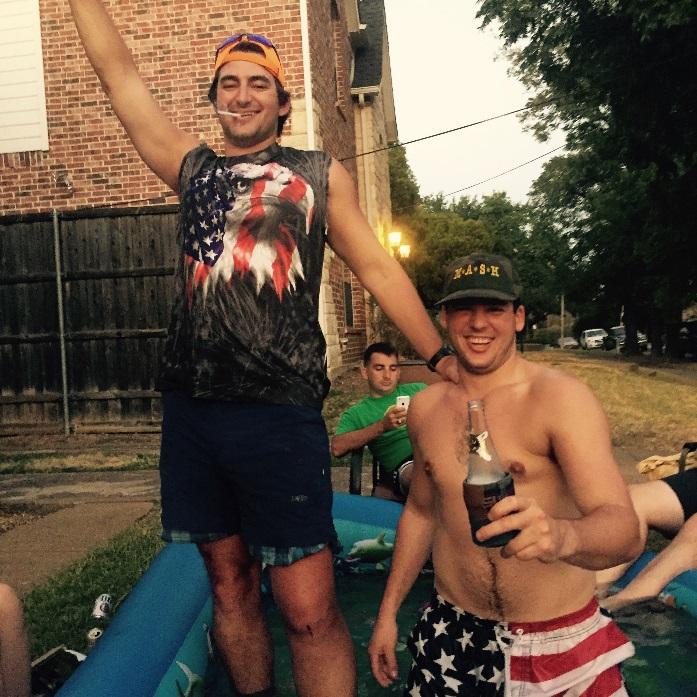 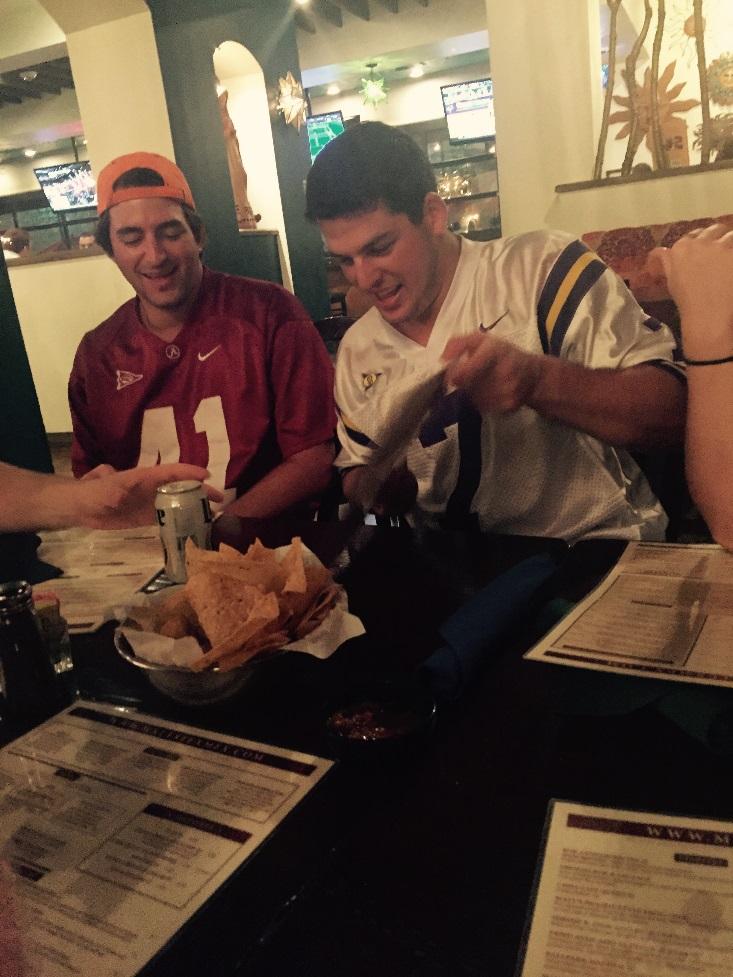 Week One is always a great reminder that this is the best time of year and that maybe the Big Ten really is overrated. We’ll be at a game every week, just like last season. Lori and I are headed to Knoxville this weekend for the Oklahoma game. I’ve never been to a Tennessee game day so have somewhere we should be or something we should do while we’re there? Email us mattielouchandler@gmail.com. As always you can follow along on Twitter @MattieLouOKTC and @LoriOKTC.