The Oklahoma Sooners have won the Goodyear Cotton Bowl decisively. This team left no doubt, beating the Florida Gators 55-20 less than a year after losing to LSU 63-28 in the semifinals of the College Football Playoff.

From start to finish, this was a dominant performance by Oklahoma.

The absence of key Gators such as Kyle Pitts, Kadarius Toney, Trevon Grimes and several others contributed to the lopsided victory, but the Sooners look like a team ready to take another step forward in 2021.

Redshirt freshman quarterback Spencer Rattler was excellent. He completed 60.9 percent of his 23 pass attempts for 247 yards and three touchdowns. He also accounted for 40 yards and another score on the ground.

With all that being said, the real MVP should be awarded to Oklahoma’s running back duo.

Rhamondre Stevenson and Marcus Major combined for an eye-popping 296 yards and two touchdowns on 27 carries, good for 11 yards per rush. The Sooners hit big play after big play, and Florida had no answers.

The offensive performance actually broke a Cotton Bowl record for the most yards. The previous record was held by the Texas A&M Aggies, who totaled 633 yards in 2012. On Wednesday, Oklahoma racked up 684.

The defense was effective too. Three first-quarter interceptions from Heisman hopeful Kyle Trask gave the Sooners plenty of early momentum. It also complemented a thriving, productive offense that was waiting to explode.

We don’t know who Lincoln Riley and company will have back for 2021 yet, but this is a promising group on paper. We should probably go ahead and assume Big 12 favorites once again. Surprise, surprise. 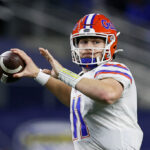 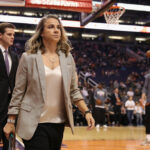