I know, you’ve been waiting for O.J. Simpson’s thoughts on the riots, protests & George Floyd killing because it’s 2020 and we might as well hear from the guy who got off a double murder. O.J. opened with a statement on how the looting seemed to drop Tuesday night and how the looters didn’t seem to be using the protestors as cover like they had in previous nights. It was the kind of analysis we used to get out of Orenthal back when he was a football sideline reporter. He also caught a police union official talking about how police officers feel like they now have a bullseye on their backs.

“That is bad, but you know what, maybe there’s a lesson to be learned there because far as I know over the years all black men, whenever a police car came up behind them or next to them, we felt like we had a bullseye on us.”

June 12 will be the 26th anniversary of Nicole Brown Simpson and Ron Goldman getting slashed to death. The white Bronco chase occurred on June 27 and O.J. definitely had a bullseye on his back. Juice definitely knows what it feels like to have one of those on Al Cowling’s Bronco. Anyway, here’s the Juice on cops and what they need to do.

It’s up to the Police! pic.twitter.com/NtWwGRAIkI

Cops with a very big bullseye on The Juice: 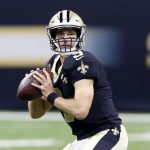